Legendary Liverpool striker Robbie Fowler has named his own all-time Premier League XI, utilising only players that he played alongside during his career.

According to the Premier League’s official website, he described Steven Gerrard and Steve McManaman as the best players he’s played with, and they unsurprisingly feature among eight former Liverpool greats in the list below…

James was the goalkeeper during the vast majority of Fowler’s time at Liverpool, although he also could have gone with Pepe Reina, who he played with during his second spell at Anfield. James played more than 200 times for us in the league and has since enjoyed a decent career both at home and abroad.

He might be better known for his time at Manchester United but Fowler and Ferdinand were once teammates together at Leeds United. Rio played 54 times for Leeds before making the move to Old Trafford in 2002. His popularity on Merseyside has been steadily decreasing ever since.

Another Leeds star – he clearly didn’t fancy his defenders at Liverpool – Woodgate played more than 100 league games for the club before moving to Newcastle. From there he went to Real Madrid where injuries started to get the better of him. He’s still playing and is now with Middlesbrough.

This was a must-pick surely. The veteran of over 700 games for the Reds and someone who would have played with Fowler during both his spells at the club. There haven’t been many better defenders at any Premier League club over the last 25 years than Jamie. 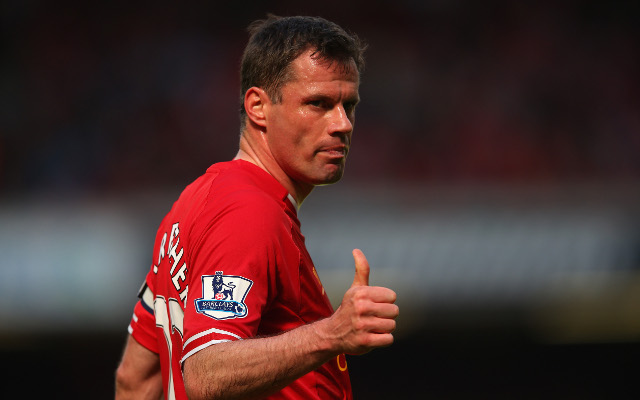