Smith also reckons that if we do complete a deal for the prodigal centre-half, he’ll be sent out on loan next term to gain further experience, after establishing himself in the Championship this season just gone.

It’s worth noting that Smith has actually accidentally referred to Gomez as a midfielder, when he’s very much a defender.

Expect Gomez, if he does go to Anfield, to be loaned out next season. Great prospect, plenty of interest — Ben Smith (@BenSmithBBC) June 15, 2015

It seems crazy that a ‘follow’ on Twitter warrants a transfer rumour nowadays, but the fact it happened today seems to confirm Smith’s claims.

Gomez is extremely talented, and fits in with our policy of targeting exciting youngsters rather than household names.

It also seems to make sense that Gomez would head back on loan somewhere, as he’s not yet at the level to replace Martin Skrtel or Mamadou Sakho in our starting XI.

If we can get the deal done for £3.5m, then it’s worthwhile. 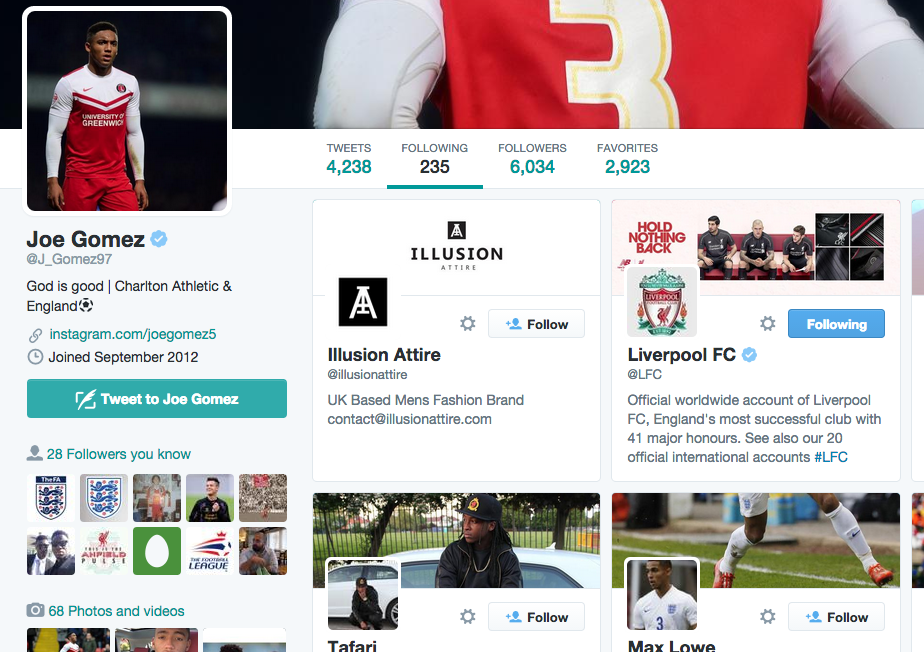