Heskey set a club transfer record when he joined us from Leicester City at the start of the new century. He immediately struck up an impressive partnership with Michael Owen and in his first full season with the Reds he scored an impressive 22 goals in all competitions, helping us win the treble.

The goals continued to flow at a steady pace over the next three years. He perhaps never truly managed to live up to the expectations we had of him when we signed him, despite carding a similar goal record to that he enjoyed with the Foxes, and he’s since had to make do with a respectable career in the lesser regions of the top flight. 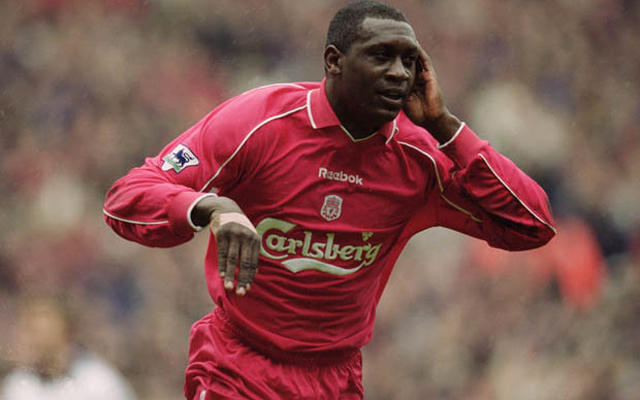