Liverpool appear to be on the brink of signing Belgian international striker Christian Benteke from Aston Villa, with the Echo reporting that the Reds have agreed to meet his £32.5m buyout clause.

There has been a lot of opposition amongst fans to this deal going ahead, with many people pointing out Benteke’s less than inspiring goal record over the last couple of years – he scored 15 in all competitions last season – and his reputation as more of a target man, rather than a player who’ll get in behind defenders and cause problems.

We’ve certainly had mixed fortunes with the big men over the years, as the list below proves. Will Benteke prove to be any better than these five players who came before him?

Liverpool surprised almost everyone when we swooped for the England international last summer and re-signed a player that we had released 17 years earlier, when Lambert was part of our academy side. Unfortunately, he hasn’t been able to recreate the form he showed at Southampton thus far.

Having scored 28 Premier League goals during two seasons in the top flight with the Saints, he managed just two for the Reds last year – against Crystal Palace and Aston Villa. With Danny Ings among the new arrivals at Anfield this summer, Lambert’s time sadly looks to be running out.

Carroll will never be remembered all that fondly at Anfield while he remains our all-time record signing. However, his record for us isn’t as bad as you might believe. In fact, if it weren’t for his constant injury woes, he might have done a lot better on Merseyside in the long run.

He managed nine goals during his one full season at the club, including strikes in both the FA Cup semi-final against Everton and the FA Cup final against Chelsea, during which neither team seemed able to live with his presence. Unfortunately, those sort of performances were just too few and far between. 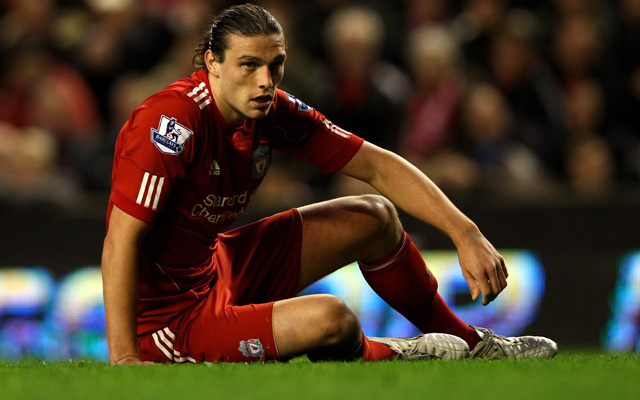