If – or should we say ‘when’ – Raheem Sterling’s move to Manchester City goes through, the Liverpool hierarchy are going to be left in an intriguing situation – do we pump all of the cash into signing a marquee forward, do we spread it around the entire squad, or do we try and find a like-for-like replacement for the man we’ve lost?

The addition of a striker is simply a must for us this summer, but if we were to get the full £50m transfer fee that we are reportedly demanding for our young forward (via The Telegraph), then we’re going to have some cash to play with.

It’s plausible that we’d reinvest the majority of it in a striker and then look to pick up another player to fill the void left by Sterling’s departure. Despite our squad boasting the likes of Philippe Coutinho, Roberto Firmino and Adam Lallana, our squad is a touch short on natural width and pace out wide.

Any of these ten players could help replace Sterling and should be available at an affordable price. How many of them would you be happy to see wearing the Liverpool red in the future?

One for the future this. The 20-year-old, who is already a two-time Danish international, is the latest talent off the Ajax conveyor-belt. He scored four goals in 37 appearances last season and is also capable of playing centrally.

A blast from the past… or so it feels. Back in May he was supposedly almost a Liverpool player (via the Metro), only for the rumours to be proved false. The 22-year-old won his first two caps for France earlier this year. 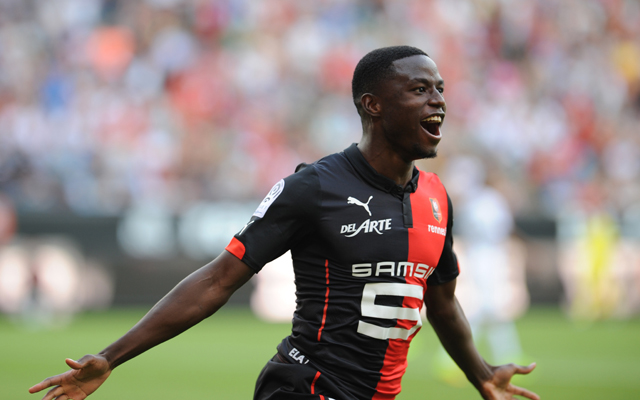