England is the home of modern football. While we sometimes complain about the modern game, the early game evolved in the country with no limitations or rules!

Soon the injuries and bans made everyone realise rules are needed and the first guidelines were established in 1863, with the weight of the ball standardised in 1872.

With rules came professionalism and football clubs soon followed. The Foot-Ball Club of Edinburgh, in Scotland, is the first documented club focused solely on football. The club was active from 1824 to 1841. When it comes to modern English clubs, Manchester United is among the most well known. It’s also the world’s 3rd most valuable club. Manchester City, Chelsea, Arsenal and Liverpool are still far behind in terms of value, although revenue streams are equal.

The top teams compete in the highest level at the Barclays Premier League, the tournaments below the Premier League include the Sky Bet Championship and the Sky Bet League 1. Teams from the lower leagues always dream of making it in the top tournament.

The home of football is also home of some big transfers. The most notable deals include a £59.7 million transfer fee of Ángel Di María from Real Madrid to Manchester United and Fernando Torres moving from Liverpool to Chelsea for £50 million. 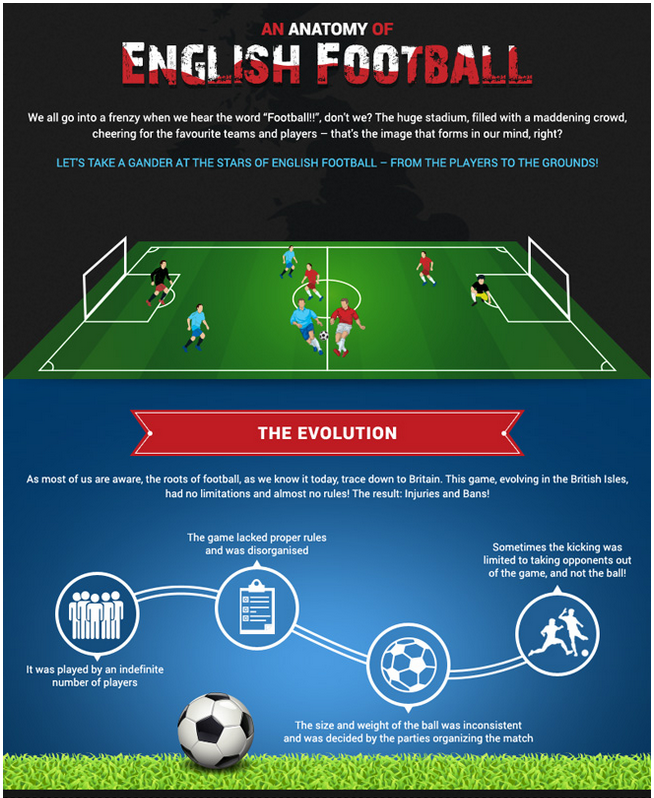 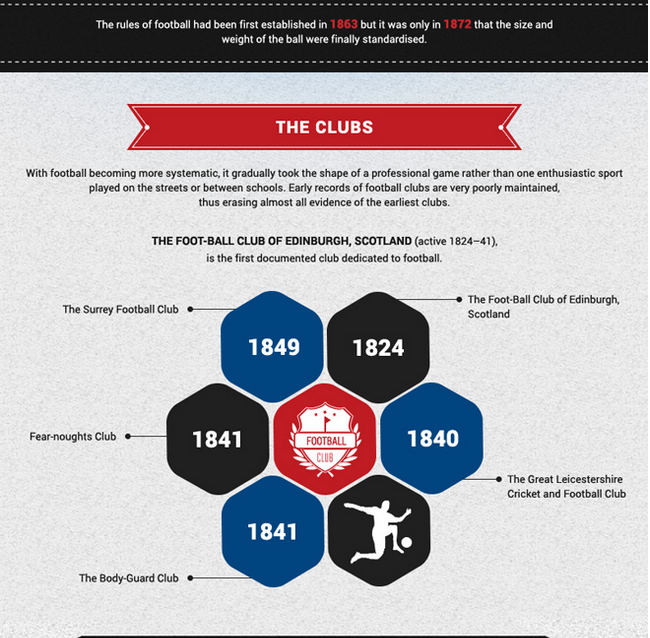 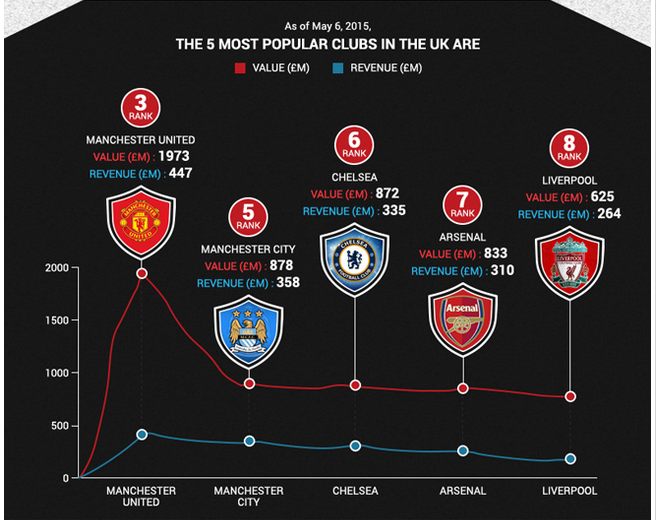 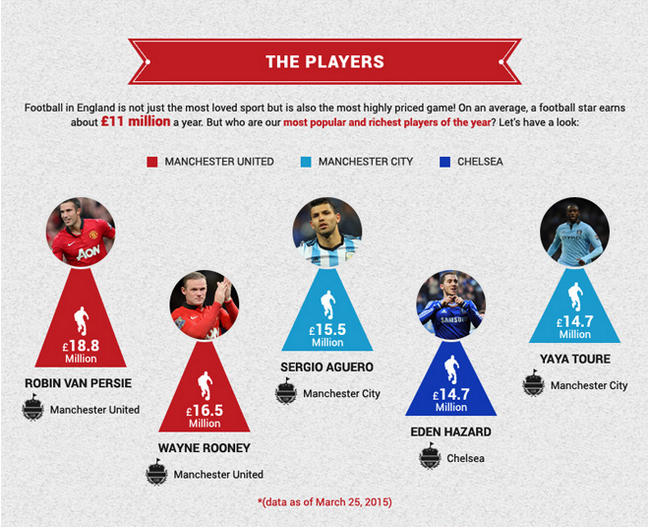 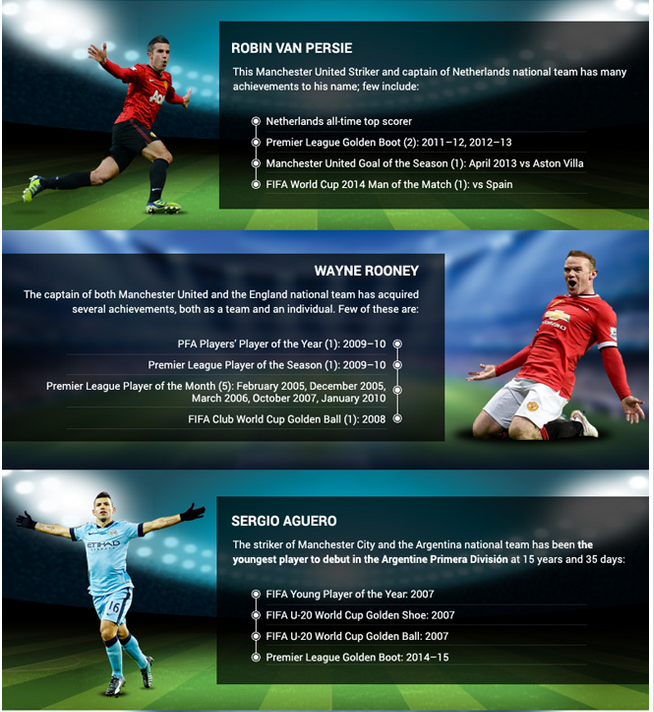 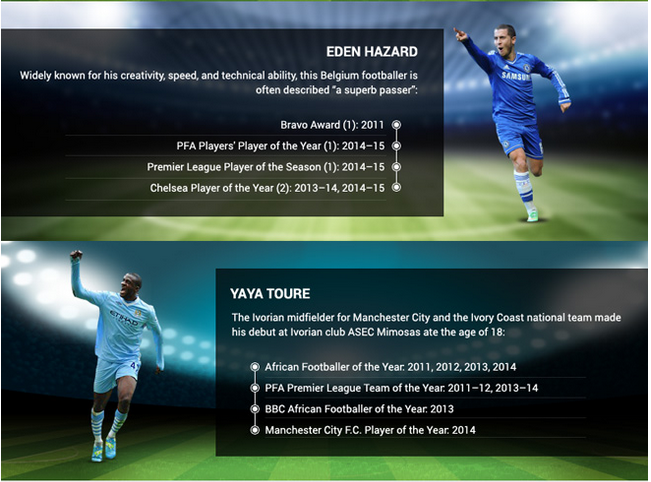 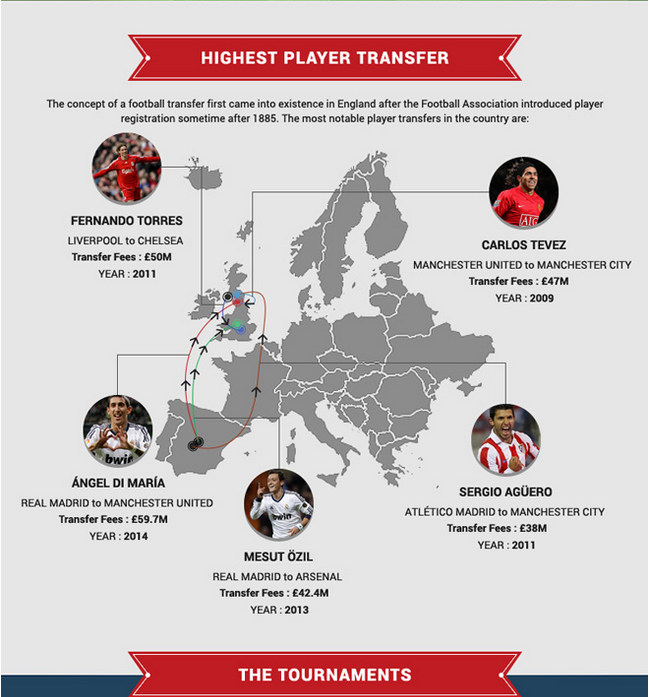 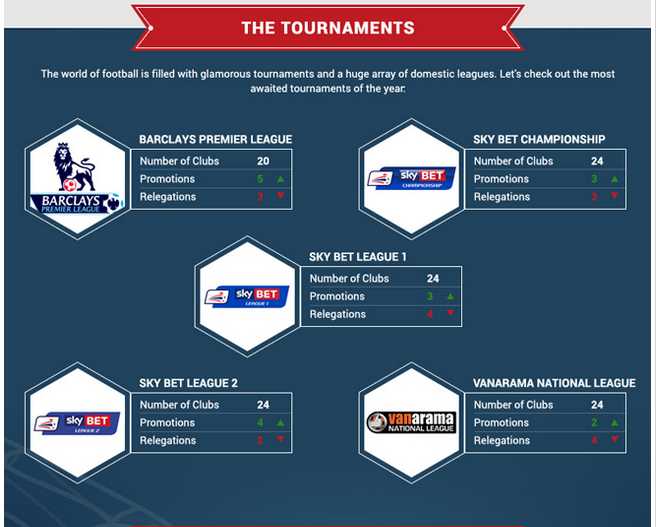 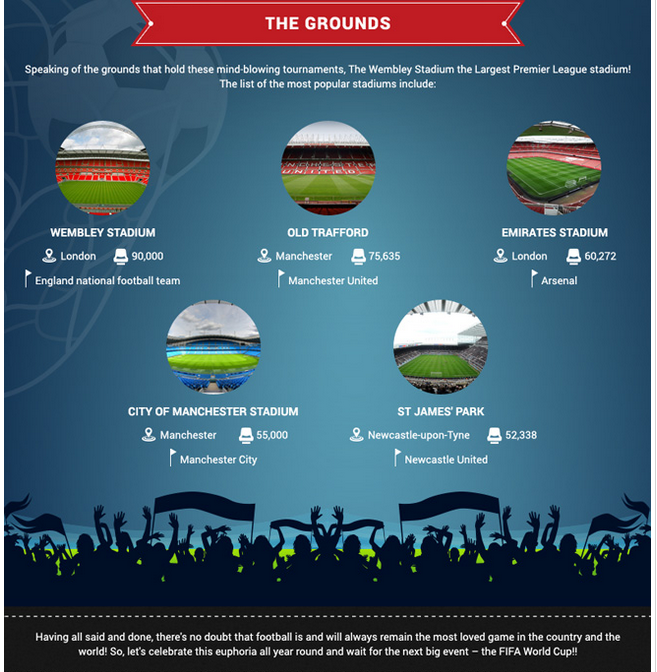 This study is carried out by VoucherBin in July 2015 which demonstrates the anatomy of English football.