Liverpool set out on tour this weekend, with the Reds due to play five fixtures over the next month before our Premier League campaign gets underway at the Britannia Stadium on August 9th.

In the list below we analyse every player that’s on route to the Far East, including our new signings, several impressive academy stars and all the other players that will be looking to impress Brendan Rodgers and co.

Who are you most looking forward to seeing?

Simon Mignolet – The goalkeeper was in fine form during the second-half of last season. There is fresh competition for him this season, in the shape of Adam Bogdan, and he’ll want to confirm his place as number one.

Adam Bogdan – The Hungarian will surely be eagerly anticipating his debut following his move from Bolton. The flame-haired stopper showed what he could do against us in the FA Cup last term. More of the same please!

Ryan Fulton – With Danny Ward having joined Aberdeen on a season-long loan deal, Fulton gets the nod as our third keeper. He doesn’t turn 20 until January, but he should thrive from any game time he gets for us here. 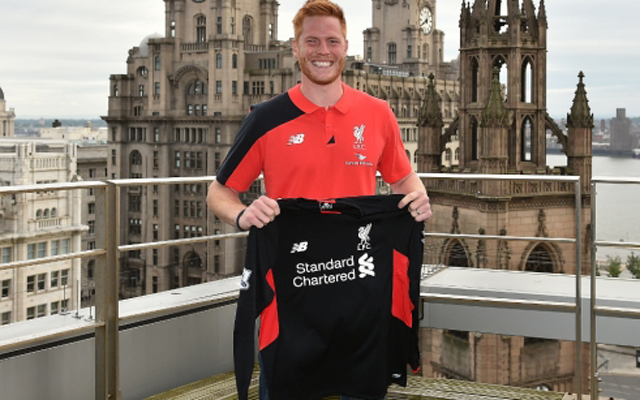 Football News 24/7
‘We’re in it together’ – James Milner on his role as a senior player in the Liverpool squad when low on confidence
February 3, 2023 16:46
“Cody was outstanding” – Milner was a huge fan of Gakpo’s performance against Brighton
February 3, 2023 15:41
Milner on how Liverpool can use Alisson’s West Brom header as inspiration for the second half of this season
February 3, 2023 14:47
(Video) Divock Origi scores stunning consolation effort as AC Milan suffer shock 5-2 defeat at San Siro
January 29, 2023 13:49
De Zerbi rules Lallana and one other Brighton star out for FA Cup clash with Liverpool
January 28, 2023 9:15
‘So disrespected’ – Aaron Ramsdale full of praise for ‘properly underrated’ Liverpool star
January 26, 2023 19:38
Robertson labels Liverpool teammate ‘an absolute disgrace’ because of what he did at his wedding
January 25, 2023 16:46
Robertson on the five different leaders within the Liverpool dressing room
January 25, 2023 15:44
(Video) Laughable ‘foul’ given against Gomez on Jorginho shows the state of Premier League refereeing
January 22, 2023 8:05
Stefan Bajcetic starts as Klopp makes risky selection call v Chelsea – Predicted Liverpool team news
January 21, 2023 7:50