Divock Origi gave Liverpool fans a glimpse into the future with his performance against the Thai All-Stars. Despite only being a half-time substitute, the young Belgian hit the woodwork twice and forced a close-range save from the opposition goalkeeper before finally finding the net with a few minutes remaining.

The Reds won the game 4-0 and Origi’s performance was definitely one of the highlights. He’ll now be hoping to recreate that goalscoring moment on his competitive debut for Brendan Rodgers’ side – which could come in less than a month’s time against Stoke City.

In the list below we’ve noted the last ten Liverpool players to score a goal on their first competitive appearance for the club – starting with Layton Maxwell (who?) in a League Cup match in the late 1990s.

The ten players in question have certainly enjoyed varying fortunes since their respective moments of success. Let’s hope that Origi, if he does find the net again at the Britannia Stadium, proves to be one of those that continues to succeed throughout his stay on Merseyside.

Here are the ten…

You could be forgiven for forgetting about this former Welsh Under-21 international, who never made a Premier League appearances for the Reds. After leaving Liverpool in 2001, the midfielder played for ten different clubs – plus another two on loan – before hanging up his boots in 2010. He won promotion with Cardiff City in 2003.

The Portuguese international was sadly more memorable for his crazy appearance rather than his footballing talents. The future looked bright after he scored on debut in an impressive victory for Gerard Houllier’s side, but he only lasted a year at Anfield before moving out on loan to Turkey after falling out with the manager. 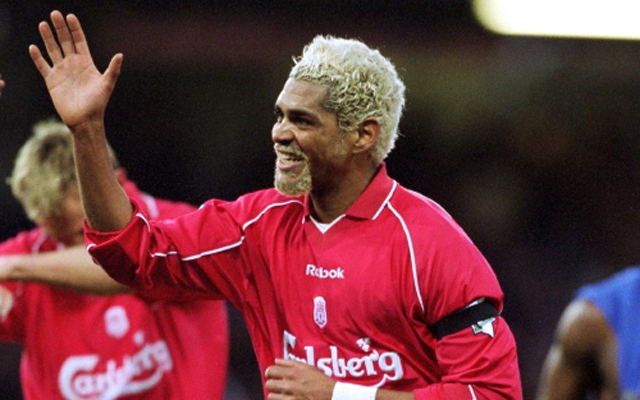