Anfield’s main stand is about to become a lot taller, with two giant cranes poised to lift a ‘Wembley arch’ style truss in to place as the redevelopment process continues its rapid progress.

As the Daily Mirror reports, dozens of workers remain on site ahead of the big lift later this month, although the project itself won’t be completed until the start of next season.

The next step is to drop the new roof on to specially constructed towers. It will be wind dependent and the cranes already on site have special wind meters on the top to ensure they are always working in safe conditions.

As the Mirror states, the additional seating which is being installed will add another 8,500 spots in the main stand and is already believed to be selling advanced tickets.

The Reds aren’t playing a single pre-season friendly at home this summer, while we will also start the new Premier League season with an away game to allow workers as much time as possible to get work done ahead of the new season. 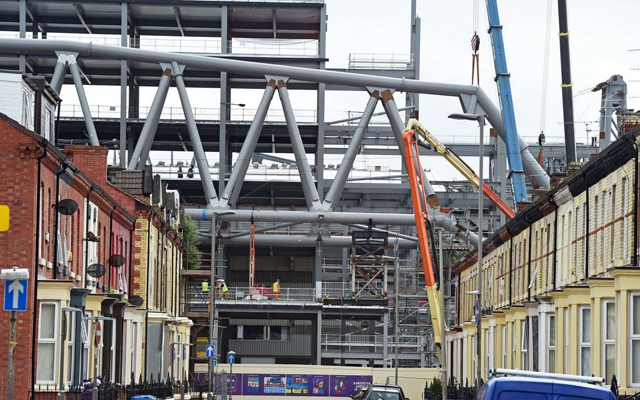 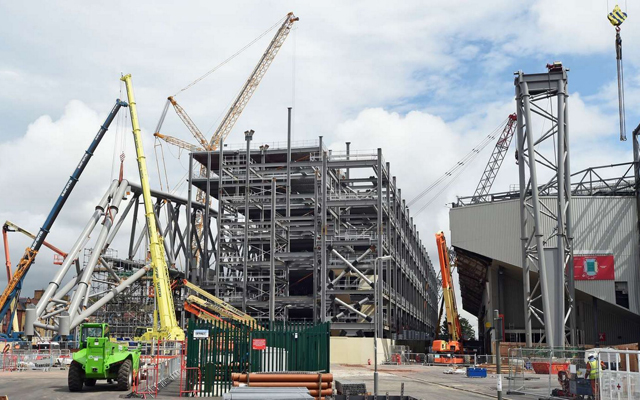