BBC Sport have confirmed that Christian Benteke is on the verge of becoming a Liverpool player, with the Reds having agreed to meet the player’s £32.5m buyout clause following the sale of Raheem Sterling to Manchester City.

Here’s everything you need to know about our new man…

Despite playing for Belgium, Benteke was actually born in Kinshasa in Zaire on 3rd December 1990. He joined his first professional club, Genk, in 2006 – making the move from another Belgian giant, Standard Liege. The 24-year-old enjoyed two spells with both clubs, returning to Liege in 2009 before joining Genk again in 2011, shortly after two unsuccessful periods out on loan.

It was during the 2011-12 season that he made his breakthrough – scoring 16 goals in 33 games. After netting four goals in the first eight games of the following campaign, he earned his move to Villa. A prolific first season in English football followed, comprising 23 goals in just 39 appearances. His progress was slowed by a major injury the following year, although he still managed another 11 goals. His current record stands at 49 in 100 games. 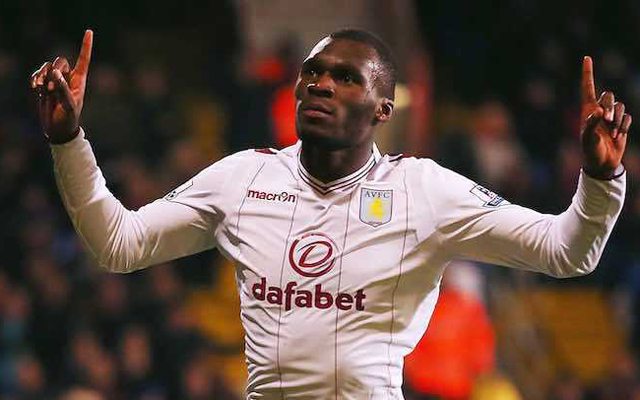