The Reds have reportedly expressed an interest in signing Nigerian youth-team international Taiwo Awoniyi, who currently plays for Imperial Academy in his nation of birth.

According to the Liverpool Echo, the Reds have jumped to the front of the queue for the player’s signature, a queue which also includes the likes of Monaco and FC Porto.

Awoniyi, a 17-year-old striker, shot to prominence by helping his country win the Under-17 World Cup two years ago, scoring four goals in the competition to lead his side to victory.

In the clip below, we’ve captured a couple of his best goals from the tournament, which came during the quarter-final win over Uruguay…

Despite his tender age, Awoniyi has more recently progressed to Nigeria’s Under-20 team, and scored two goals on debut. The Echo state that he’s now weighing up his options ahead of his 18th birthday, after which he would be permitted to move abroad.

His agent, intriguingly, is former Wolves, Stoke and Hull midfielder Seyi Olofinjana – suggesting he could well be open to a move to England, should one become available.

Liverpool have already moved to strengthen our academy side this summer, bringing in Bobby Adekanye and Brooks Lennon among others, and perhaps Awoniyi could prove to be the next such addition. 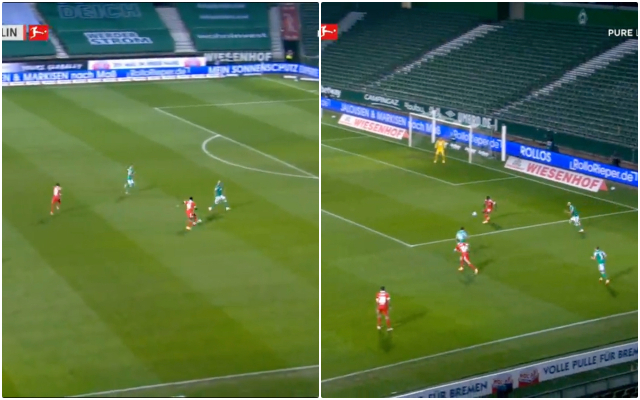