Adam Lallana has enjoyed mixed success since his big money move from Southampton, and may not necessarily have always been in every Liverpool fan’s starting XI. His fantastic pre-season form will have many rethinking things however, and the Englishman probably deserves a spot come the start of the 2015/16 campaign.

Including the former Southampton man alongside our two star Brazilians, here’s a formation and side which Rodgers could use to deploy them all.

It would mean not selecting an anchorman – but at home – providing we have the dynamism of Henderson and Milner centrally, it could work.

Despite the arrival of Adam Bogdan, Mignolet is almost certainly going to start the campaign as our undisputed No.1. It’s great that he now has some competition for a starting spot, but he showed in the tail end of last season that he is one of the Premier League’s top keepers when confident.

Guaranteed to start at right-back barring injury, Clyne’s proved during pre-season that he’ll be a defensive and offensive asset for us this term. 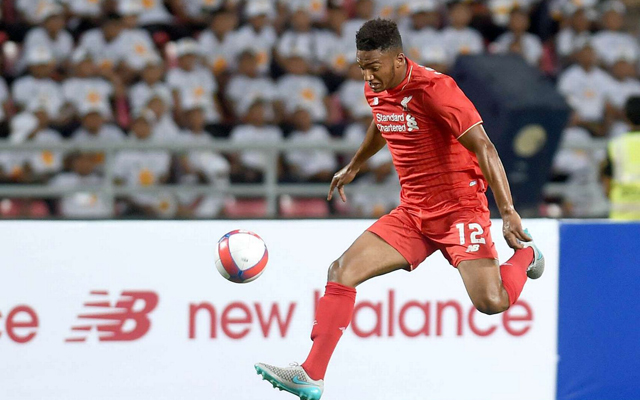 When we signed the youngster from Charlton Athletic, he seemed more like one for the future. He has been one of the surprises of pre-season though, even when played in his unfavoured left-back position. The 18-year-old looks more than capable of being thrown straight in at the deep end, and seems ready for the Premier League despite his tender age. At the moment, he’s starting ahead of Alberto Moreno, for us.

Sakho is a bit of an enigma at times, with fantastic performances blighted by moments of madness. He has still shown himself to be a top centre-back though, and deserves his place in our best XI. ahead of Dejan Lovren. If he stays fit, he’s arguably our best defender.

Unquestionably our most reliable centre-back, Skrtel has become a hugely important part of our defensive stability. We are a better team with him in the side, and his continued fitness is likely to prove key to our season.