Against the Malaysia XI on Friday, Liverpool finished the match with six teenagers on the pitch. Our goal, brilliantly dispatched into the top corner to earn us a draw, was scored by 19-year-old Jordon Ibe.

There’s definitely plenty to be excited about right now in terms of the Liverpool players coming out of the academy side. The Reds have a proud history of producing superb home-grown players and Ibe looks to be well on the way to helping maintain that tradition.

So, as we celebrate a successful pre-season campaign, here’s a look back at some of the best youth-team products we’ve produced down the years…

Due to the outbreak of the Second World War, Liddell had to wait eight years to make his official debut for the Reds, which came in an FA Cup tie against Chester City. The winger would go on to play in more than 500 matches for the club and score close to 300 goals. The Scot was nicknamed “Liddellpool” due to his incredible dedication.

The full-back made his Liverpool debut at the age of 18. He spent his entire senior career with the Reds, retiring from playing in 1968 and then going into coaching. He enjoyed two spells as Liverpool’s caretaker manager in the early 1990s and is still a much loved figure at Anfield. He retired in 1998 after working in every possible role.

Liverpool’s record appearance maker. The midfielder spent almost two decades with our first-team, winning 19 major honours as the Reds went from a struggling second division side to European Champions. He won the continent’s top prize on two occasions, while he also won five first division titles and two FA Cups. 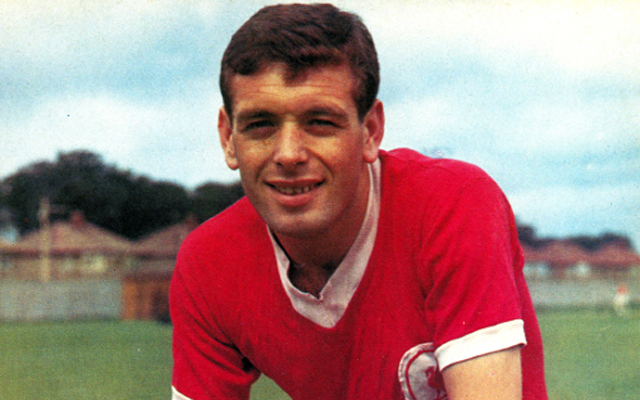