Liverpool have spent big in this transfer window – spending in excess of £80m for the second summer in succession. Christian Benteke and Roberto Firmino have become two of our three most expensive signings of all time and, regardless of their quality, are both going to be under immense pressure to produce immediately.

However, we’ve also picked up some bargains this summer in the shape of James Milner and Nathaniel Clyne, who we hope will have little trouble in proving value for money.

Off the back of our summer business, the Liverpool Echo produced this list of the thirteen best value for money signings in our club’s history – dating back to the early 1960s and moving right through to the modern day.

Will any of this year’s crop be on a list such as this in the future?

The formidable centre-half joined the Reds from Dundee United. The Scot made in excess of 450 appearances for us in all competitions, winning seven major honours in the process. In his first season with the club he helped us win the Second Division title, and within four years we’d also won the First Division twice and the FA Cup.

The powerful centre-forward scored 118 goals in 425 games for Liverpool, following his move from Motherwell. He became a key part of Bill Shankly’s side and, along with Yeats, was considered the main reason for our incredible transformation from Second Division side to English champions. He scored a hat-trick vs Everton on his debut.

Arguably the greatest Liverpool player of all time. The third successive Scotsman on this list joined us from Celtic, where he had already enjoyed incredible success. He replaced the outgoing Kevin Keegan and miraculously helped the Reds rise to the next level. We won six First Division titles and three European Cups with him in our side. 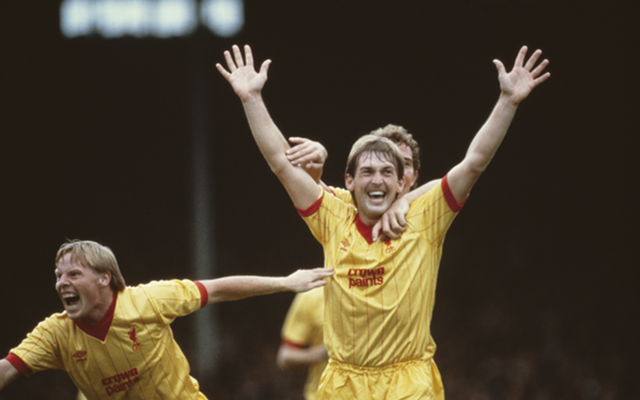