Liverpool’s pre-season ended yesterday with a 2-1 victory over Swindon, one day after a 2-0 win in Finland versus HJK.

Before then the team had won three of four matches on the pre-season tour of Far East and Australia.

The opposition was rarely testing, and in truth we should have strolled to wins all six of the fixtures, but we still managed to gauge much about Brendan Rodgers’ mindset from the games.

Here’s five things we’ve learnt from the friendlies ahead of the upcoming Premier League opener.

The versatile wide-man was utilised as a hardworking winger for Manchester City for most of the past five seasons, but when he completed his Liverpool transfer early in the summer, there were rumours that he’d be moved to a natural central midfield role. Brendan Rodgers’ team-sheets throughout pre-season have confirmed as much. Milner’s predominantly played on the right of the central midfield three, alongside Jordan Henderson and ahead of the anchorman. He also played in an orthodox two with Henderson against HJK in his game at the weekend, with Coutinho deployed slightly more advanced. Milner being used in the middle, as well as Emre Can’s demand for a central midfield spot, have meant the club haven’t moved to directly replace Steven Gerrard. 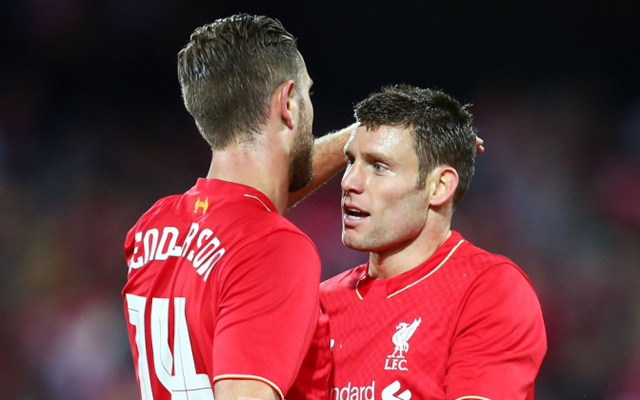