For Brendan Rodgers’ side, it was redemption after the 6-1 thrashing we received at the hands of Stoke on the final day of last season, and a much-needed statement about the qualities of our new-look squad.

5) We lack another natural wide-player

At the risk of starting things off on a sour note, one thing that disappointed us today was the performance of Adam Lallana. This wasn’t necessarily his fault either, it was more of a positional thing, something which has to change.

Out on right hand-side, Jordon Ibe was hugging the touchline and occasionally cutting in, causing plenty of problems until Stoke began to leave a couple of men on him. In contrast, Lallana was too often found playing in a central position, with him and Coutinho falling over each other in the number ten role. Considering that we had Glen Johnson up against us at Stoke’s right-back, it’s astonishing that we did not test him more down that side. 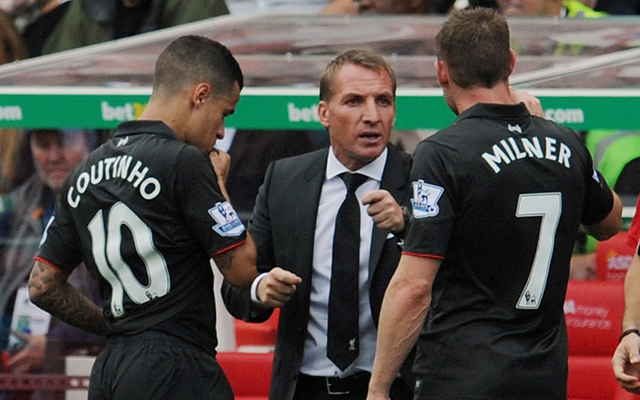