Former Liverpool goalkeeper Martin Hansen kicked off his five minutes of fame in style on Tuesday when he scored this incredible goal – video below – for Dutch side ADO Den Haag against defending champions PSV Eindhoven.

The 25-year-old stopper, who never featured for the Reds during a six year spell at the club, is one of many young goalkeepers who have come and gone without making an impact on Merseyside over the last 15 years.

There has been many a player to sit behind the likes of Jerzy Dudek and Pepe Reina in the Liverpool pecking order and only later prove what they were capable of. In the list below, we count down some of the least memorable members of our first-team squad since the turn of the century and ask, where are they now?

Here our are fifteen forgotten keepers:

Arphexad won six medals with Liverpool, all as an unused substitute, and he made just two Premier League appearances for us as he served as understudy to Sander Westerveld. He later joined Coventry City and went on loan to Notts County but was never able to become a regular. He retired in 2005 after a spell with Marseille.

Belford began his career at Coventry City before moving to Merseyside shortly before the turn of the decade. He failed to make a single first-team appearance for us, despite being promoted to Brendan Rodgers’ squad during his final season at the club. He subsequently joined Swindon, where he now serves as back-up to Lawrence Vigouroux.

The Brazilian made eight appearances for the Reds – all in the cup – before returning home with Fluminense in 2011. He’s since become their number one and is closing in on 150 appearances for them in all competitions. His performances were even enough to earn him a brief role in the national team, for whom he has three caps. 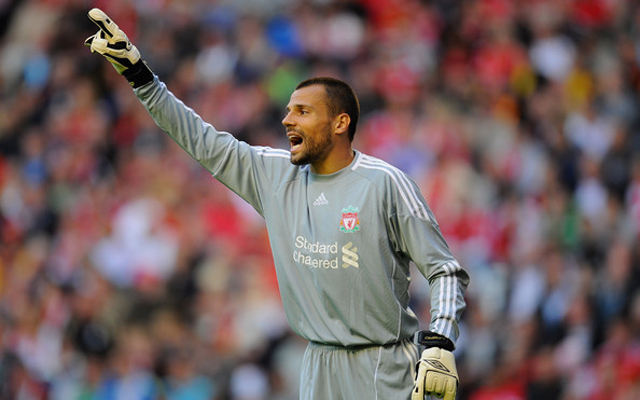