Brendan Rodgers faced the press this morning ahead of our second game of the new season – which takes place on Monday night against newly promoted Bournemouth.

The Liverpool Echo detailed all of the important quotes from the boss’ face-to-face with the journalists, including his comments on injuries, transfers, style of play, team spirit and individual players – including Roberto Firmino, Danny Ings and Joe Gomez.

He started by reassuring the gathered questioners that there was no new injury news ahead of the game and that the squad would likely be similar to the one that played against Stoke.

SEE MORE:
Liverpool’s Greatest 50 players of the Premier League era – From Titi Camara to Steven Gerrard
EOTK QUIZ – Liverpool in the Transfer Window! How well do you know the Reds in the market?
Liverpool’s last great youth team – where the title winning side of 2008 are now

Asked tentatively about possible outgoing transfers, specifically for those players that weren’t included last weekend, he replied: “It’s natural at this stage of the season [for there to be rumours] and there’ll be moves for some players. Every player is of the understanding of exactly where he stands in the squad.

“The spirit is fine but it’s a difficult situation with the transfer window still open. I’m sure there will be some movement from players who want to play.”

Against Stoke, the Reds went far more direct than we’ve been used to seeing in recent seasons, with Christian Benteke the main outlet up front. With a similar set-up likely to be used on Monday, Rodgers was quizzed on this apparent change in style.

“It was about the unpredictability of our game,” he corrected. “I’ve a way of working but I’m not dogmatic in my approach. I’m about finding a way to win a game. If a team presses you high then at times you need to go over and around that press to win the game.

“This summer we’ve brought in good players to give us that variety. If you want to go over the top you may not have the profile of player who can do that. We’ve had a good summer as we have brought in players who can make that work.”

Rodgers was asked specifically about the two players most likely to come into the team against Bournemouth – Roberto Firmino and Danny Ings – and praised both players for their efforts so far.

“He is building up his fitness really well,” Rodgers said of Firmino, who made a promising cameo from the bench at the Britannia. “He helps himself as he trains to the maximum every day. He is getting very close [to a start].”

As for Ings, who missed out on his debut but scored in a mid-week friendly against TNS, he added: “Between now and the end of the month we only have one game a week so it could be difficult for players to get games. After that they come thick and fast. For the likes of Danny Ings and others, the behind closed doors game was important.”

Rodgers also praised Joe Gomez, who put in an extremely encouraging debut performance in the Potteries.

“You looked whether he should go out on loan,” he admitted. “And he very quickly showed me he can be a really important member of our squad. He can play in several positions, centre-back the main one, but has the quality to play at left-back.

“Jonathan Walters spoke well of him after the Stoke game and knew he was a quality opponent. He’s 18 but what struck me when I met him was his maturity. When he was 15 or 16 he had a chance to move to bigger clubs than Charlton but he wanted to stay and felt he had a better chance of getting into the first-team.

“Then he had a decision this summer and he felt his best opportunity to develop and improve was coming to Liverpool. He’s enjoying it but knows there is a lot to learn yet.”

Two players that were signed last summer – Lazar Markovic and Alberto Moreno – have struggled somewhat since arriving on Merseyside and both failed to feature against Stoke. However, Rodgers believes they still have plenty to offer over the course of the season ahead.

“Both players are talented players, that’s why they came here,” he said. “For the first time in their careers maybe, they find themselves not being a regular. They know very well with conversations we have had that it is a long season and they will certainly be needed.

Rodgers closed the press conference by talking about our home form, which he insists is of the utmost importance as we prepare for our first game at Anfield in three months.

“The main attribute is confidence. If you have that, that will give you success. That confidence will come from working hard and getting results at home. We are a team who wants to dominate, that will always be the case particularly at home.”

As an added bonus, all the new players have already had their first taste of Anfield, as Rodgers explained: “We trained at Anfield last night,” he said. “It was important for the new players and staff to acquaint themselves. It’s important our home form is second to none in the season.

“The players that come in are good people and they want to work well here. In any successful team you’ll find the spirit is strong, and that’s key for us. You build your team spirit in training. You’ll do other social bonding so everyone can get to know each other.” 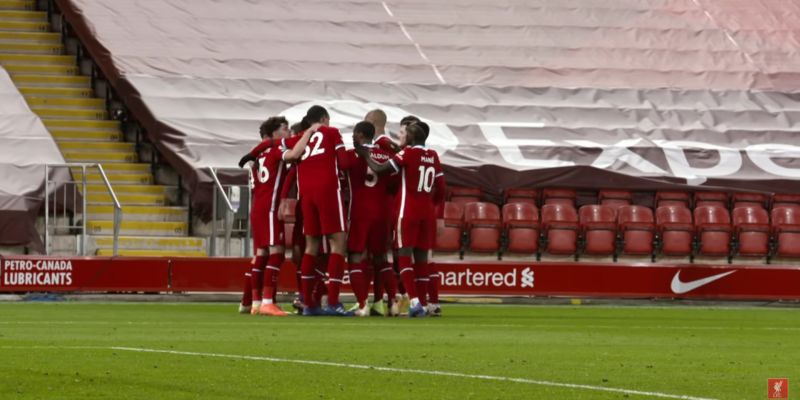