Liverpool take on Bournemouth this coming Monday, in what will be the second game of our new Premier League campaign. After the Reds made the perfect start against Stoke last weekend, Brendan Rodgers’ side will no doubt be desperate to continue that momentum at Anfield.

The newly promoted Cherries, who won the Championship last season, will provide an entirely different kind of threat to Stoke, and it’s vitally important that we don’t underestimate them – despite their 1-0 opening day defeat to Aston Villa.

SEE MORE:
Liverpool’s Greatest 50 players of the Premier League era – From Titi Camara to Steven Gerrard
EOTK QUIZ – Liverpool in the Transfer Window! How well do you know the Reds in the market?
Rodgers press conference: Bournemouth, Firmino, transfers, style of play and more

With that in mind, here are five key battles that could decide the game:

Gomez dealt wonderfully well with Jonathan Walters on his Premier League debut last weekend. However, it will be crucial for his long-term prospects this season that he backs it up here. He’ll be expected to get forward a little more than he did against Stoke, when the Reds were more under pressure and he could be forgiven for holding his ground, while he’ll still need to nullify the threat of Matt Ritchie. The 25-year-old, back in the Premier League for the first time since cutting his teeth with Portsmouth in 2010, scored 15 Championship goals last season. 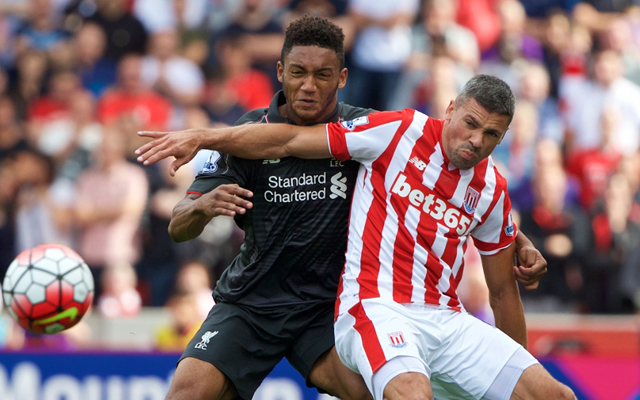