This coming Monday, Liverpool will return to Anfield for the first time since the penultimate game of last season, giving many members of Merseyside a first chance to see their new-look side close up.

Of our seven summer signing, only Danny Ings and goalkeeper Adam Bogdan failed to play any part against Stoke last time out, as the Reds avenged last season’s 6-1 defeat with a hugely valuable 1-0 win.

Brendan Rodgers will be loathe to make much in the way of change to that side although both Roberto Firmino and Emre Can, who made a big difference after coming on at the Britannia, will be pushing for a start.

Here’s how we expect Liverpool to start this evening…

Was rarely troubled against Stoke and gave us no cause for concern with his performance. He’ll naturally keep his place ahead of Adam Bogdan, although it’s good to hear that this week that the Hungarian is pushing him hard.

The full-back was excellent against Stoke and was arguably the pick of our summer signings on the opening day. He’ll be looking forward to getting forward a little more in this one and giving Bournemouth plenty to think about.

Rodgers will know it’s important not to push the teenager too hard at such an early stage in his career. However, with eight days having been and gone since our last fixture, it’s hard to see any reason why he wouldn’t get the nod once again in this one.

A couple of sloppy moments aside, the Slovakian was back to his imperious best on the opening day, and will no doubt be hopeful of continuing that form here. Liverpool didn’t concede a single goal during the first three games of our 2013-14 campaign, when we finished second. What chance of a repeat this year?

The Croat was much better against Stoke and looked more like the player we bought from Southampton twelve months ago, rather than the walking shadow he became at times last season. It’s absolutely crucial that he continues that same form here, with Mamadou Sakho still in waiting. 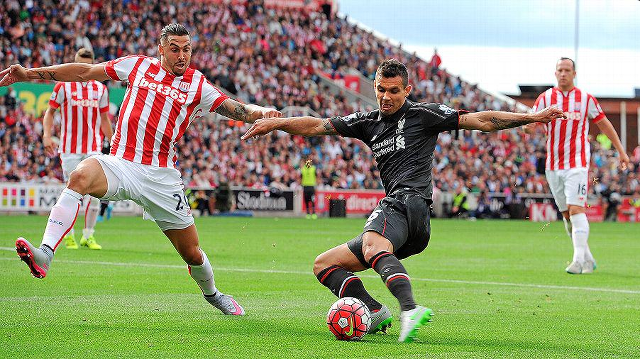