It wasn’t always pretty, but we picked up our second win of the season last night against newly promoted Bournemouth, and the players involved (and even some not) took to social media in celebration.

Daniel Sturridge and Tiago Ilori were two of the players who congratulated their team-mates despite not being in the match-day squad, while Alberto Moreno seemed especially delighted with his ten minute cameo!

Most of the attention was given to Christian Benteke – who opened the scoring for us with a simple tap-in from Jordan Henderson’s touchline delivery.

The two iconic Liverpool strikers before Benteke, Fernando Torres and Luis Suarez, both scored on their Anfield debuts, and we hope the Belgian’s first Reds goal is a sign of things to come.

Another 3 points on the board 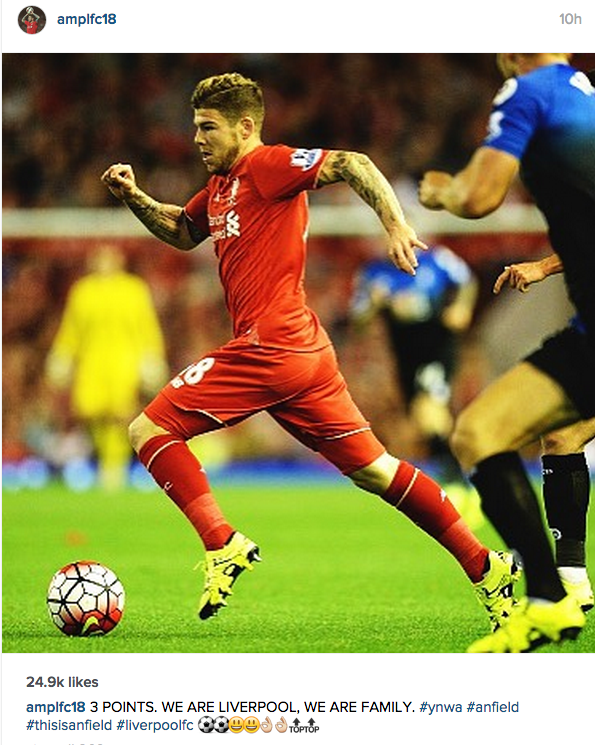 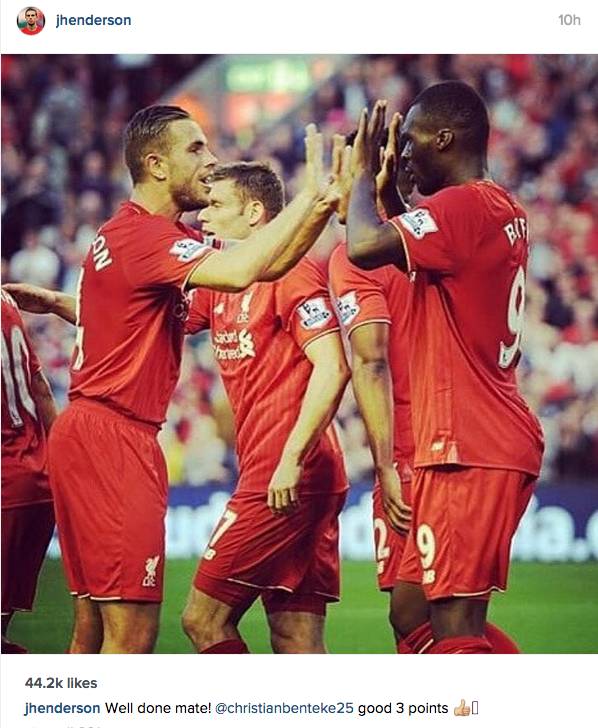 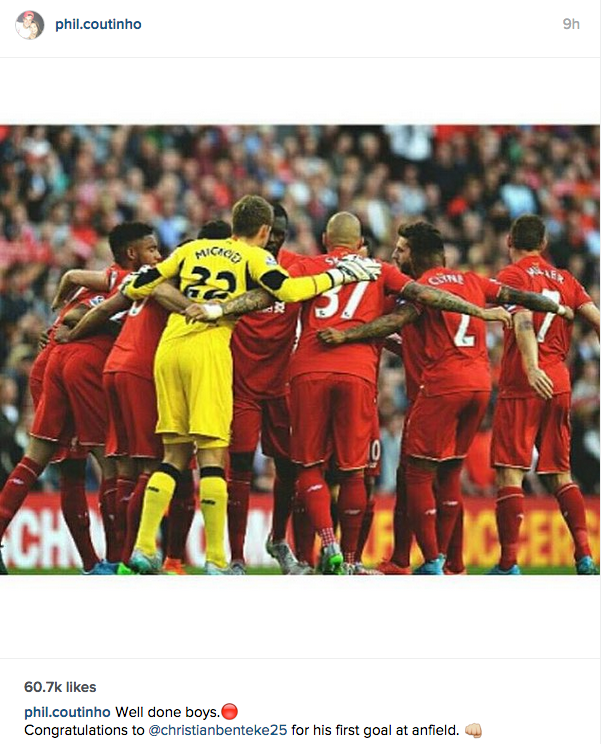 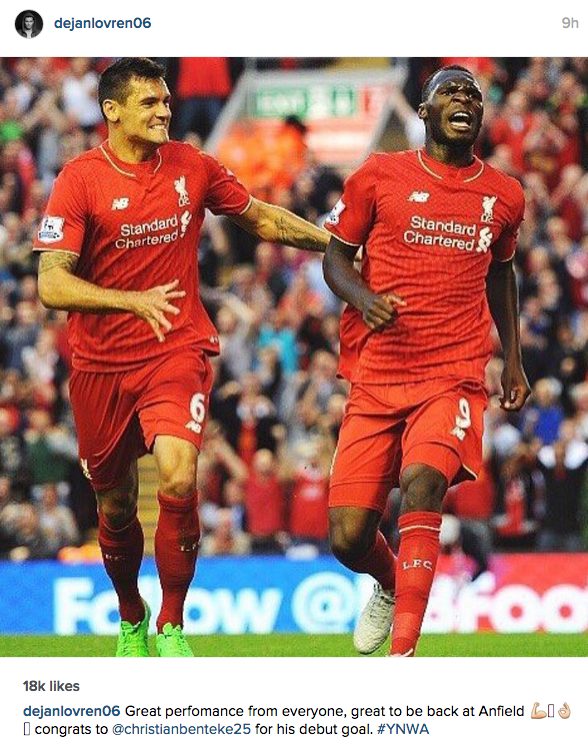 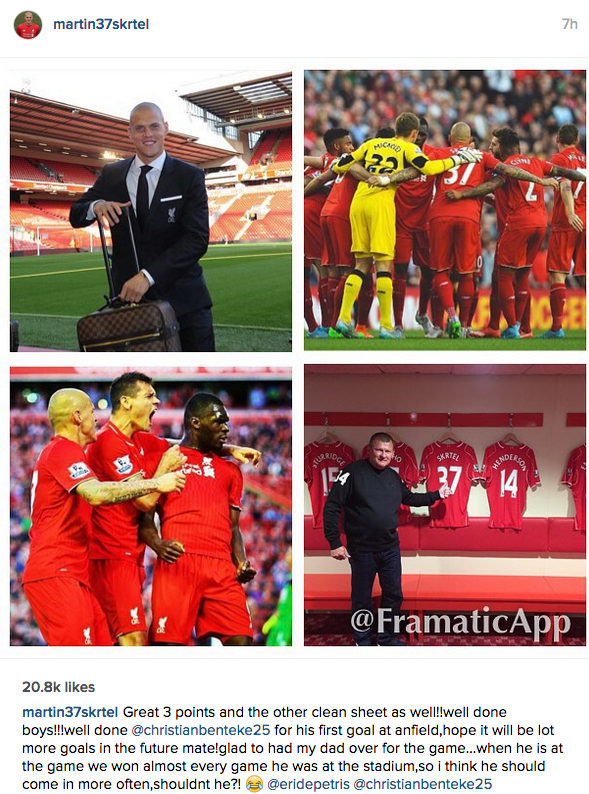