Liverpool are reportedly still interested in Real Madrid midfielder Asier Illarramendi – arguably the only rumoured transfer target who we could realistically move for before the window slams shut at the end of this month.

According to MARCA, we’ve already made an offer to the Spanish giants for the 25-year-old, who Brendan Rodgers is supposedly eyeing up as a potential replacement for the Besiktas-bound Lucas Leiva, as Lig TV explain.

The Spanish source suggests that the Reds have recently returned to Madrid with a £10.6m offer for the player, and that’s despite having a £14m offer rejected last month. Apparently, Real’s signing of Mateo Kovacic from Inter Milan has caused us to renew our interest, as we feel that the La Liga side will now be more willing to sell.

SEE MORE:
Why Rodgers is right to leave Sakho out, but wrong again in his execution
Why James Milner must play on the right wing versus Arsenal – with Gunners’ true formation revealed
Spanish & Turkish reports indicate that Illarra will arrive to replace Besiktas bound Lucas

So, with this in mind, here’s everything you need to know about Illarramendi:

Illarramendi was a product of Real Sociedad’s youth system, having been born in the local town of Mutriku. He spent the vast majority of his first three seasons in senior football with the club’s B-team, who play in the Spanish third division, making 93 league appearances and scoring seven goals.

He made his debut for the senior side in June 2010 after Sociedad had already sealed promotion to La Liga. He made three top flight appearances the following year, before becoming a semi-regular in the 2011-12 campaign, playing 18 times. In his final year with the club he made 34 appearances, earning him a move to Madrid.

He is a natural holding player and would very much be a like for like replacement for Lucas. At Real Madrid he has struggled to hold down a regular place in the side due to the likes of Sami Khedira, Xabi Alonso and Toni Kroos – with the Spanish giants preferring to have deep-lying playmakers rather than traditional defensive players.

However, Illarramendi is an excellent tackler who likes to get about his opponents and won’t give them much time on the ball. He’s used to playing the game at a high pace and that could see him adapt well to life in the Premier League. He’ll sit in front of that back four and provide the anchor we’re currently short of. 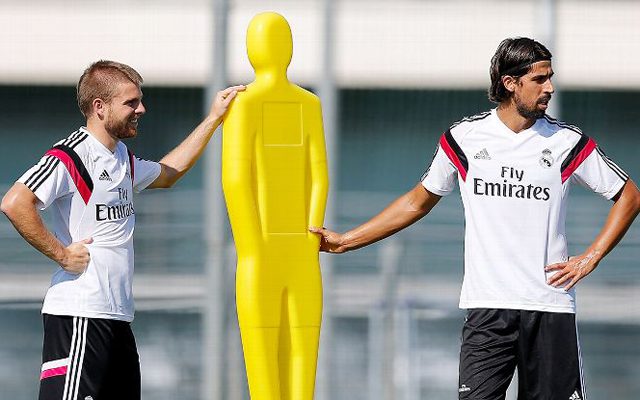 Be warned: Swapping Illarramendi for Lucas creates Liverpool more problems than it fixes