Here’s how we rated the Reds following a hard fought draw with Arsenal at the Emirates.

We couldn’t score in a top first-half performance, but put in a wonderful defensive showing in the second as Arsenal recovered which secured us a point.

You’ll see some crazy 8s and 9s given by some fansites in alternate player ratings, but we did only draw the game. Crucially though, nobody who started has scored under a 7 for us – proving how well the team did as a whole.

A smart, measured game by Mignolet. Made all the saves expected of him, including palming away a stretched effort from a close-range Giroud strike. Cleverly wasted time in the second-half to pause Arsenal’s momentum, and got booked for it. He didn’t actually have any very tricky saves to make, unlike his opposite number.

Faced a massively difficult task against Alexis Sanchez, but dealt with the brilliant Chilean with aplomb. In three matches, he’s not put a foot wrong defensively and is proving to be an outstanding signing. Our biggest improvement from last this season to this is arguably in the fullback areas, and Clyne is half the reason for that. He gets so tight to the attackers, and knows when to try and nip in and steal the ball and when to hold off. Such a pleasure to have him in the side.

The calls for Mamadou Sakho to get in this side will be getting quieter by the week. Rodgers promised that Lovren would improve, and so far he’s been proved right. As a defensive unit, it’s mind-boggling how much we’ve got better over the summer. Lovren made sensible decisions, was unfussy and let Skrtel attack the ball in the air while he made clearances. Three matches, three clean-sheets so far.

Skrtel was an animal this evening. One shaky moment in the first-half when he and James Milner got themselves in a mess apart, the Slovakian was immense – especially aerially. His clearing headers were so clean they almost ended up as through-balls on some occasions. Made interceptions, blocks, clearances and chose when to pass or clear well.

Gomez had a shaky first 15 minutes, but grew into the game and got better and better (and better). By the end of it when our backs were against the wall, he had Aaron Ramsey in his pocket – so much so the Welshman moved centrally and Alex Oxlade-Chamberlain came on and didn’t do any better. He won five tackles, five interceptions, four blocks and a number of duels too. An unbelievable find at £3.5m. 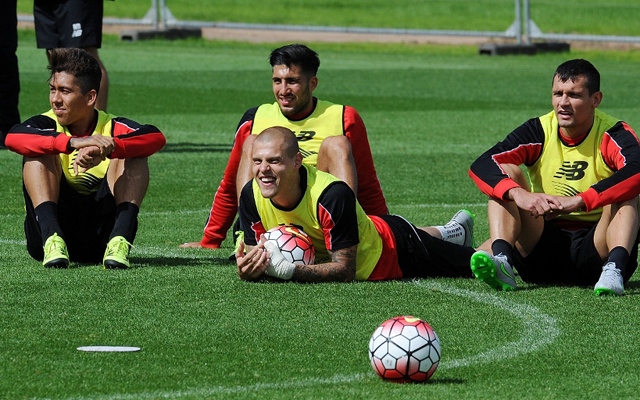