Don’t worry, it’s not Marco Reus, although it may as well be considering how equally unlikely this one is to happen – with the guys and girls at talkSPORT suggesting that we’re ready to make a move for Jakub Blaszczykowski.

It’s a name I hope that I never have to write again – not because he’s a bad player, but simply because it’s unspellable. Thankfully, we’re struggling to believe there’s anything in this one.

Nonetheless, let’s take a look at the facts…

As the report states, the Polish international has not featured in any of Dortmund’s opening three games of the season, sparking rumours he may be on his way out of the club. They also claim that Real Betis are interested but believe they won’t be able to meet the player’s wage demands.

So why would Dortmund want to sell? Well, talkSPORT believe that he’s after a £1.8m-a-year increase in his wages and that the German giants simply wouldn’t be willing to match that.

The 29-year-old wide midfielder has played almost 200 league games for the club since joining them in 2007 and has scored 32 times in all competitions. However, his performance levels slipped last season, as he played just 13 league games and failed to score.

With Dortmund still boasting the likes of Reus, Henrikh Mkhitaryan and Shinji Kagawa in similar positions, you can begin to see why the ageing Pole’s stock is falling.

So, despite talkSPORT also linking Arsenal and Manchester United with a move, the reality is that a club such as Real Betis – back in La Liga after earning promotion from the Spanish second division – would be a far more suitable home. 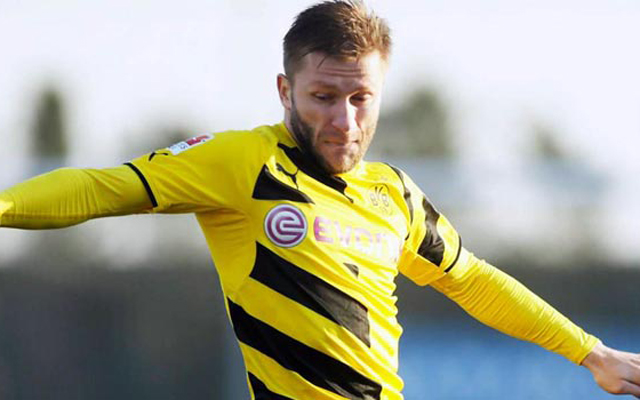