What if? That’s the question many Liverpool fans have been asking themselves over the last twelve months, having been subjected to just 28 games of Mario Balotelli before the Italian was sent back to his former employers.

BBC Sport have confirmed that the hit-and-miss centre-forward, who has fallen well short of his best form during his brief time on Merseyside, has completed his medical at AC Milan and is on the verge of rejoining the San Siro club.

Balotelli scored just four goals during his time at Anfield, only one of which came in the Premier League, and sadly his spell with us will not be one that lives long in the memories of many members of the Liverpool faithful.

Of course, these things happen from time to time. Over the years we’ve had a handful of ‘flops’ who have all been talented players that we were excited to see sign, but for one reason or another it hasn’t worked out for them.

Here are our top five:

These two French cousins were signed by Gerard Houllier from Le Havre in 2001, and were rarely mentioned in the same sentence without the other – hence why we’ve put them together here! Le Tallec especially was mooted as a future world-class player, and they cost plenty of money 14 years back. Two years later, they both returned to Liverpool after their respective loan spells and were greeted by a wave of optimism and excitement around Anfield. Sadly, Pongolle scored just nine goals during his time with us, although his memorable strike against Olympiacos in the Champions League was enough to seal him a small spot in our history books. Le Tallec played 17 times for us in the top flight and stayed put until 2008, but never managed to truly establish himself. 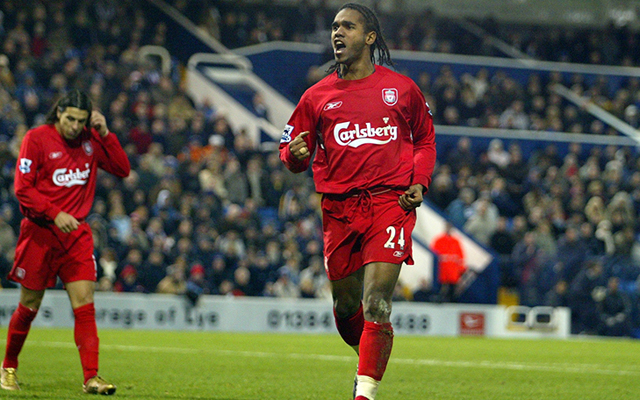