We now know our opponents for the group stage of the Europa League – Rubin Kazan from Russia, Bordeaux from France and Swiss side FC Sion. It’s a decent draw – at least in the opinion of the vast majority of our supporters – although it will be important not to underestimate what are three decent clubs.

Below, we take a look into the past and present of each of the teams we’ll be facing, highlight some key players to look out for and give you those all important fixture dates.

Here’s our in depth profiles of the three teams:

Background: Rubin were founded back in 1958 but did not achieve promotion to the top flight of Russian football until 2003. Since then they have become two-time champions, winning the league in back-to-back seasons in 2008 and 2009, and one-time Russian cup winners – lifting their third trophy in 2012.

How did they qualify: Finished fifth in the Russian Premier League. Dynamo Moscow, who finished fourth, are banned from competing so Kazan took their place.

Best European performance: Rubin’s best performance in the Europa League came back in 2013 when they reached the last eight. They were beaten by eventual winners Chelsea 5-4 on aggregate, winning the home leg 3-2. They’ve reached the Champions League group stage twice but have never progressed further.

Key players: Ramil Sheydayev, a 19-year-old striker, is on loan from Zenit and scored 18 goals last season. Many Liverpool fans might also remember midfielder Diniyar Bilyaletdinov, who used to play for Everton. 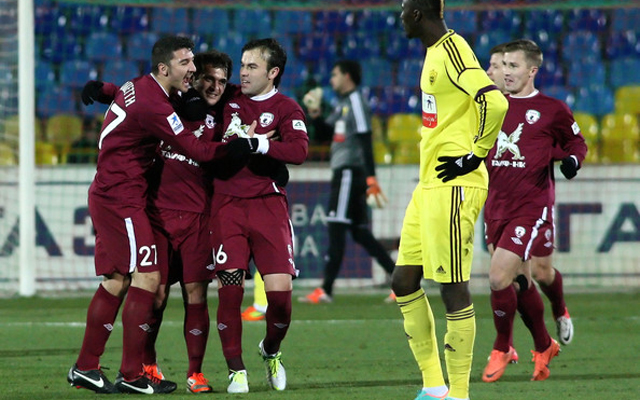