This summer’s transfer window has very much been a mixed one for Liverpool. While the vast majority of us were pleased with the seven players who were brought in – particularly big money buys Roberto Firmino and Christian Benteke – there was a large amount of backlash regarding the players we let go.

Lazar Markovic and Tiago Ilori, both players with immense potential, were allowed to go out on loan to Fenerbahce and Aston Villa respectively – placing a big question mark over their long term futures at the club.

Of course, if they were to be sold around this time next year, it wouldn’t be the first error of judgement we’ve made when selling a player. In the list below, we count down six players that could still be playing a role in our first-team squad today, and discuss where we got it wrong in our decision making…

Brendan Rodgers allowed the Dane to leave us in the summer of 2014. Considering Agger’s love of Liverpool and the distinctive lack of leaders in our current squad, this still seems a very strange decision. Admittedly, the player was past his prime and had endured his fair share of problems with injuries, but it’s hard to see what should have prevented from us keeping him on in at least a bit-part role – similar to the one that Kolo Toure currently plays for us. Throw in the fact that he’s a naturally left-footed player, something our back four is oddly short on, and you have an even stronger case for welcoming him back. He feels a little wasted playing pack in his native Denmark.

It’s easy to see why Shelvey was sold – his unpredictability and relatively poor discipline on the pitch could be enough to put off any manager. However, Rodgers should have better understood that the player, who was only 21 when he left Liverpool, was still far from reaching his full potential – something which he could easily have done with us had we stuck by him. His recent progress at Swansea has been underlined by his recall to the England squad for this month’s England internationals, and while many of you would no doubt point out that he’s not as good as a Henderson or a Milner, how many of you would take him right now over Joe Allen or Lucas Leiva? 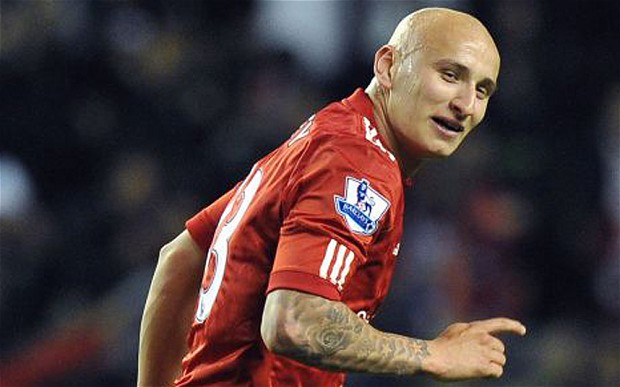