An interesting report from CIES Football Observatory has emerged – which has calculated the most underpriced and overpriced transfers during this summer’s window, reports the Echo.

The study uses what it describes as an ‘exclusive econometric model’ to estimate the prices players ‘should’ have been sold for – based on contract length, player age, inflation, player ability and more.

Of course – it’s not definitive – and the metrics they use are debatable – but the results paint Liverpool in a largely negative light – which is interesting, considering media consensus has largely been that we did get ‘value’ in the market.

Only two players, Anthony Martial and Kevin de Bruyne were worse value than Christian Benteke according to CIES. The Belgian cost us £32.5m, but in reality, time will tell whether the investment was a smart one and not this report.

Most Reds thought we did well to get £49m for Raheem Sterling, a player who desperately wanted to leave, but the report thinks we were stitched up – mainly because of the starlet’s potential for greatness. To be fair – when looking at the £36m Martial cost and the £54m spent on de Bruyne – they may have a point…

On a better note for Reds, Nathaniel Clyne, who cost us £12m, was one of the summer’s better deals, reckon CIES.

We wouldn’t read much into it, but you can check out the Top 10s below. 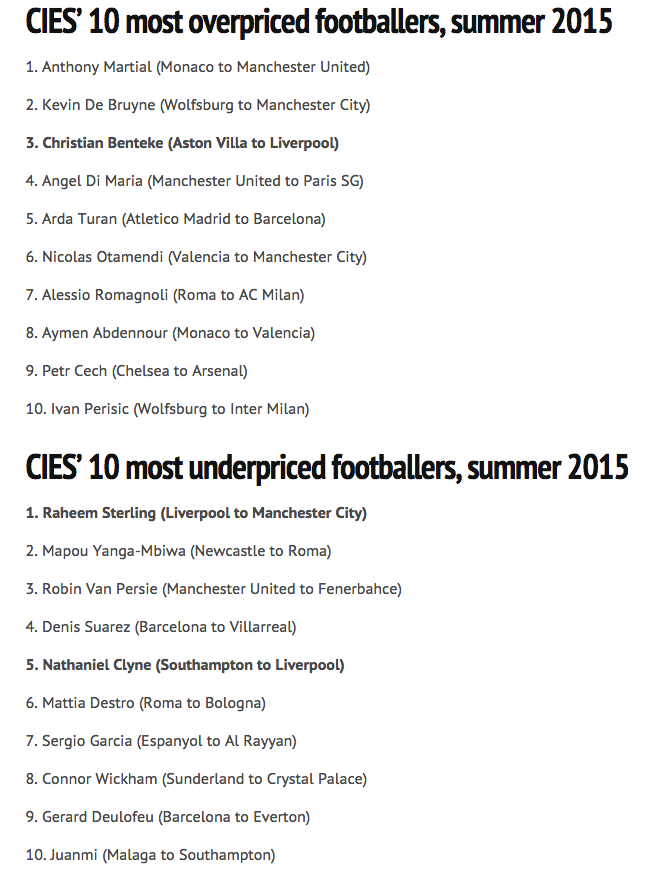