Was charged with providing the side width, and did that down the right – although he often found himself isolated without midfield support. He was happier going forward than he was defensively but didn’t really create any telling chances.

Much better in the second-half when he provided a consistent outlet down the left. His engine was fantastic, and it’ll be hard to deploy Gomez as a left-back at home to Norwich when Moreno offers so much more going forward. Decent deliveries, but sadly there were rarely players in the box to convert them.

Really tidy in fairness, especially in the first. Rossiter didn’t bomb forward or provide unbelievable cover, but he made good decisions in possession and made crisp, zipped passes. You have to question whether he can really change a game at the highest level, but for now, he was promising.

Switched to right centre-back due to Toure’s injury, where he looked composed and strong. It’s not a popular opinion, but he actually looked better in defence than he has in midfield so far in 2015/16. There’s so much more he can offer though. After all – this guy now starts for Germany. 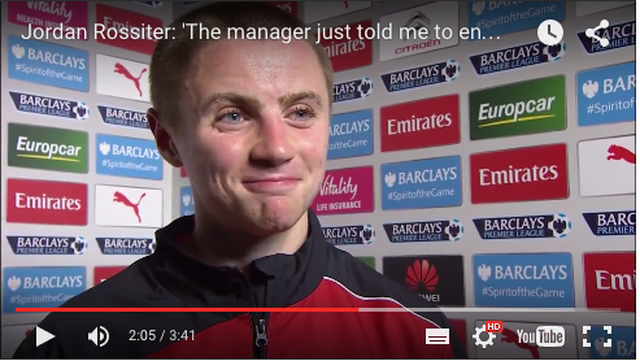