Our best player by such a long way it’s embarrassing. The Brazilian wasn’t at his best, but still looked like the player most capable of making a difference. He dragged a left-footed shot wide early on and smacked the woodwork with a trademark long range effort as well.

A performance defined by one moment of genius. A nutmeg followed by a cool side-foot finish put us 1-0 up. It was about time Lallana arrived this term, and following his injury, he did. It was a moment worthy of a £26m playmaker. Elsewhere, he looked composed on the ball and dealt with it well in tight areas – but wasted it when in promising areas.

Didn’t offer much as a centre-forward, but did come wide and hold the ball up relatively well. Made one good run, but was glad to be offside when he missed the target when one on one with the keeper.

Chrivella – 6 – Looked nervy early on but settled. Not ready for the first-team yet though.

Ings – 6 – Almost scored a fantastic goal but didn’t feature apart from the close-range effort he created himself with a great take down. 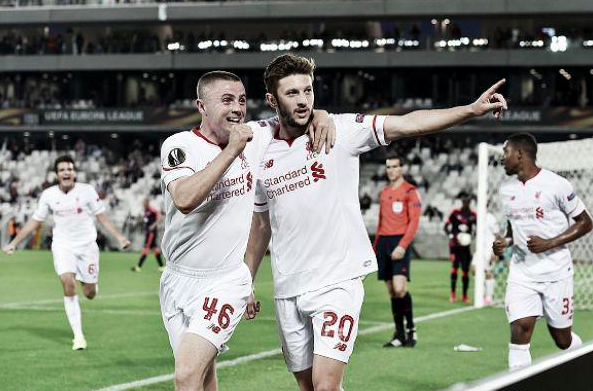