Liverpool’s Europa League opponents on Thursday should be easily dispatched according to the man that pays their wages!

FC Sion chairman Christian Constantin has slaughtered his manager Didier Tholot and the players he selects ahead of the Anfield tie in two days’ time.

The Swiss side fell to a dismal 1-0 home defeat against Vaduz, leaving them 13 points behind the ever dominant FC Basel already.

“For this game every adjective is applicable, as long as they are negative. It was pathetic.

“I never thought that we could fall so low. We cannot say that the players have shown motivation.

“The players should be ashamed of being paid. They are all living in a false reality.”

Constantin is infamous in his homeland, having fired six managers over the past five seasons – and we can only feel sorry for his manager having to answer to one so trigger happy!

“I do not know who deserves to wear the shirt of FC Sion in the mythical stadium (of Anfield). If it turns out that the players choose their games based on the show then I will begin to choose who is worthy to play,” he continued.

“Nobody comes out with their head high.”

“It’s been a while since it boils in me like this. Didier asked me to calm down, not to be impatient but my patience has limits.”

With the Merseyside derby coming up at the weekend, Brendan Rodgers is expected to ring the changes on Thursday and deploy a second string XI.

The likes of Joe Allen, Joe Gomez, Adam Bogdan, Jordon Ibe and Divock Origi are itching for a start – while our best players Coutinho and Daniel Sturridge will surely be rested.

If FC Sion are as bad as their chairman claims, our squad players should be able to easily dismantle them at home! 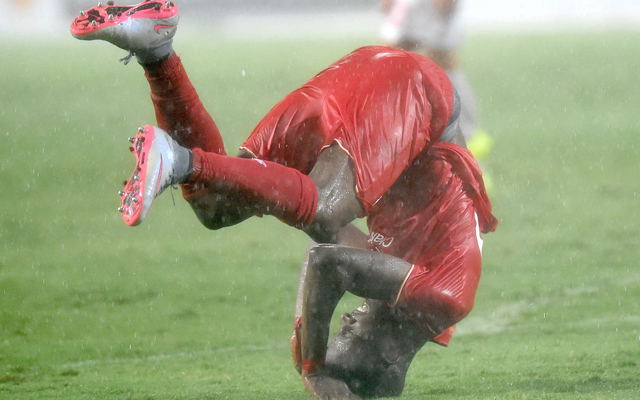