If only Jimmy Bullard had been Liverpool manager last summer, eh?

Then, he’d have bought Neymar with the Luis Suarez money, so he claims in today’s papers.

A nice idea in theory, Jimmy.

The Liverpool fan has spouted some gibberish about our transfer policy, which after reading it a few times back, appears to be a complete and utter contradiction of itself!

Here’s what the former Wigan, Hull and ‘I’m a Celebrity’ midfielder had to say…

Can you make any sense of it?

“They haven’t bought enough. They bought ok, but Roberto Firmino has not produced,” Bullard told the Daily Express, reported in the Daily Star today.

“They got rid of top quality and they haven’t got that back.

“With the likes of Suarez going and not getting world quality, for me as a fan I want to see a world-class striker join.

“I wanted to see Neymar or someone to replace Suarez. They took a risk with signing Danny Ings from Burnley.

“Is Benteke world class? On the other scale, that’s why I back Rodgers. He goes off what he sees and doesn’t just go off names.

“He can do a job and that’s why I like him and back him for that.”

So Bullard claims we haven’t bought enough players, but wanted world-class ones instead of a number of unproven ones. Yet he likes the fact Rodgers targets smaller name players, and backs him for it!

Perhaps we should have asked Barcelona to throw in Sergio Busquets, Andres Iniesta and a first option on Luis Enrique as boss…

While many ex-players go on to management or punditry, it seems Bullard is more suited to Soccer AM cameos or celebrity reality shows.

In fairness, we agree with the principle of what he’s trying to say in the first half of his quotes. Instead of buying nine players, we needed a direct Suarez replacement, and although Neymar is a farcical target, there was better out there than Mario Balotelli and Rickie Lambert. 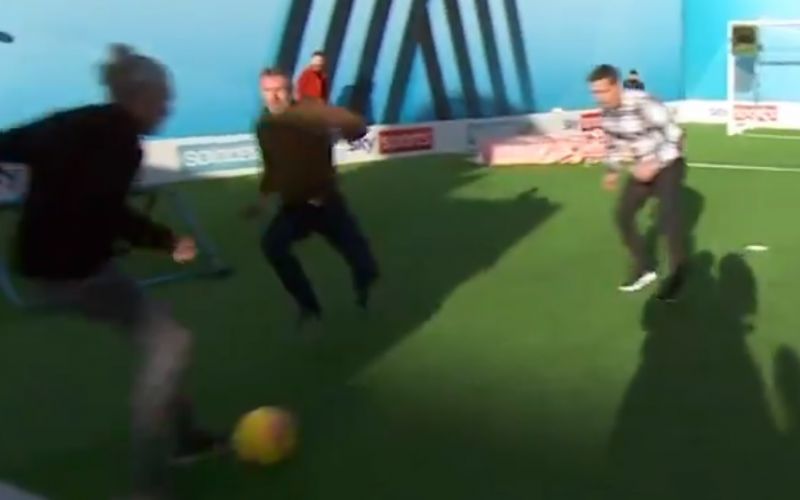