Pearce, who had close ties to Rodgers, answered questions on the troublesome transfer committee and Jurgen Klopp – the man seemingly pencilled in to replace our departed coach.

According to Pearce, the club has no immediate plans to end the committee, even though stories have emerged today that Klopp will demand full control of transfers if he’s to take the helm (via Daily Mail).

He also claims that the current backroom staff are all in danger of losing their current positions, including Gary McAllister and Sean O’Driscoll, who only joined in the summer.

On the playing side of things, the Coutinho to Barcelona rumours are nonsense Pearce reckons – claiming the Brazilian’s not actually good enough to make the Nou Camp switch yet.

Here’s what he had to say: 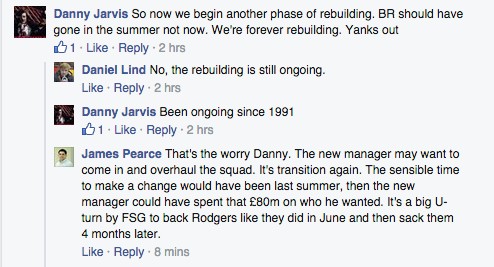