Our chief executive Ian Ayre gets a lot of stick from Liverpool fans and opposition supporters alike, but he might well be in everyone’s good books when Jurgen Klopp signs on the dotted line.

But the German wasn’t the only candidate for the vacant manager’s position, with ‘Mr Kneale’, a FIFA 15 expert, running him close!

This letter shows Ayre directly responding to Kneale’s application with a tongue in cheek letter, thanking him for his time but apologising that his level of experience isn’t quite what the club is looking for! 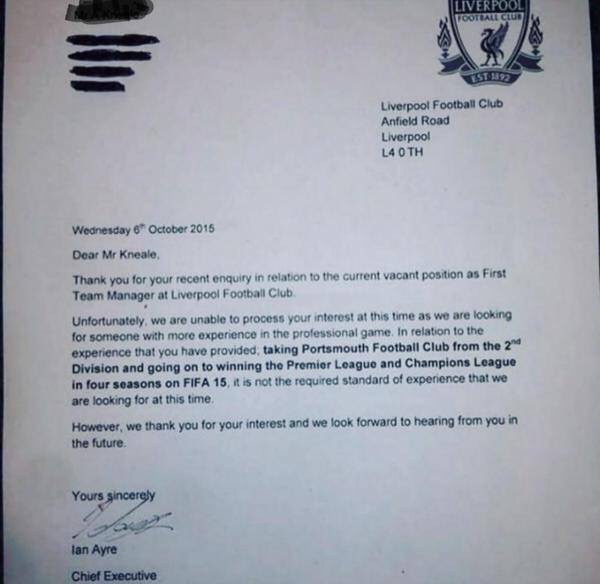