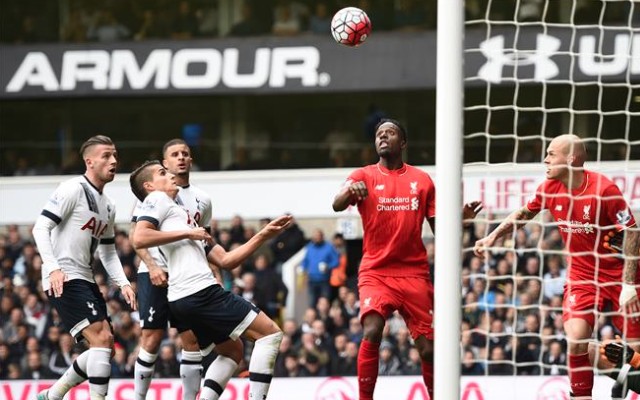 Playing in a narrow forward role, Lallana started really brightly and maintained his energy levels when pressing the ball for 70 minutes – encouraging when he has had fitness problems. But could have done more going forward and made one mistake in our half which would have cost us a goal but for Mignolet.

Our little magician looked the most likely to make something happen for us – not surprising in a team that was missing Sturridge, Benteke and Henderson. Found a few holes behind the Spurs midfield late on and might have been able to pick a defence-splitting pass had Sturridge’s movement been on offer.

Doesn’t look ready to lead the line yet. Went on a couple of bright runs in wide areas, and that might be where Klopp chooses to use him when Sturridge and Benteke return to fitness – hopefully soon. Hit the crossbar with a header early on and could not react quickly enough to net the rebound.

Came on for his 100th Liverpool appearance when Klopp made his first substitution 12 minutes from time. Recycled play well a few times as we applied some late pressure.

Provided an injection of pace off the bench in the final five minutes or so, and his positive runs helped us look like the team most likely to take maximum points late on.