Davor is the younger brother of our currently injured central defender Dejan Lovren, and plies his trade for Dinamo Zagreb’s youth sides, and Croatia Under-17s.

The younger Lovren recently appeared in a Guardian list of the 20 most promising unknown teenagers in Europe, rated more highly than his brother was at the same age.

Unlike the current Liverpool defender, Davor plays on either the left or right wing – and is known for his wand like left-foot and ability to score from range.

Back in August 2014, Dejan tweeted that he’d like his brother to one day join him at Anfield, and it looks like his wish might just come true. 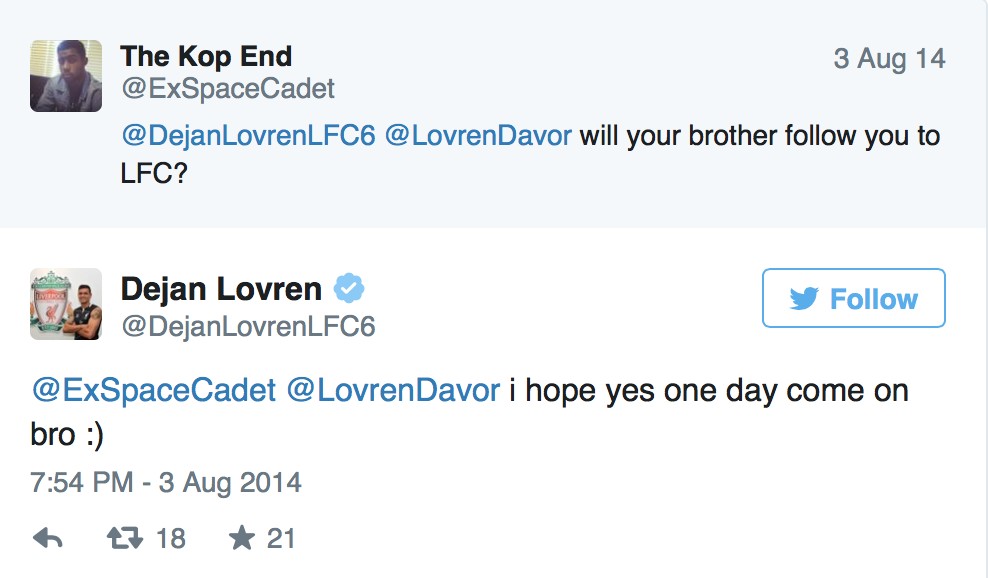 Liverpool have a plethora of impressive youngsters in the academy who play as inside forwards, such as Bobby Adekanye, Sheyi Ojo, Harry Wilson, Ryan Kent and others, but are still trying to find the next big thing.

Davor Lovren would surely jump at the chance to join his brother on Merseyside, and if a move did occur, we can only hope that he’d enjoy a smoother start than his £20m sibling.