Liverpool’s players couldn’t give Jurgen Klopp his first win tonight, despite playing against a 10-man Russian outfit for almost an hour.

Here’s how we rated the players, in what was a frustrating night which lacked quality in the final third…

Largely quiet night. Can’t be blamed for the goal, and made one world-class save from Georgiov.

Not strong enough for the Rubin goal, although in fairness, it was probably Skrtel’s man. Practically played as a right winger apart from that, but his crosses were easily defended, bar one beauty for Benteke.

Plenty of the ball down the left for the Spaniard, who was good apart from his end product.

Dominant and well appreciated by the crowd, but you’d expect him to be against ten men. It seems farcical to remember he wasn’t in the side at the start of the season.

Gave away a succession of stupid fouls and was at fault for the goal, when he should have picked up the goal-scorer. 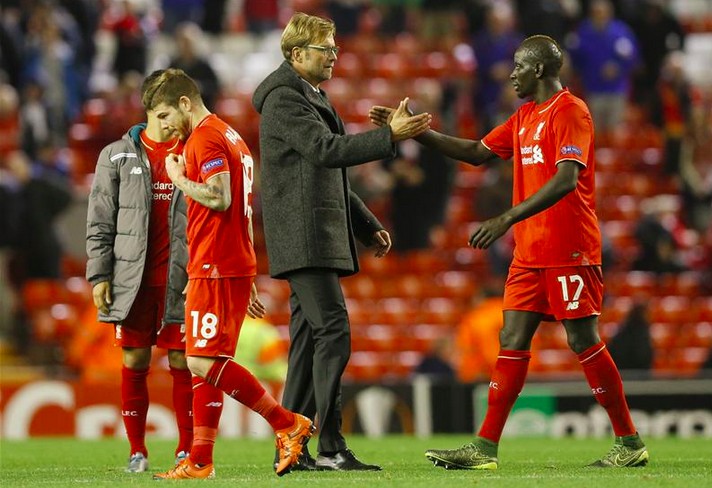