We normally don’t like to give ‘ITK’ transfer mongers too much air time, but @Saki_LFC is one of the more respected, with a large following of Liverpool supporters.

Interestingly, he first broke the Ruben Neves transfer story, which has been consistently spouted in tabloids ever since, and has now claimed that Jurgen Klopp is an admirer of young Italian Domenico Berardi.

Sassuolo talent Berardi, who has been scouted by Bayern amongst others, is a target for Liverpool! Klopp meant to be a huge admirer! #LFC

The 21-year-old plays for Sassuolo, but Juventus part own him, meaning they could acquire him in the summer if they buy out the rest of his contract. Whether his source is genuine or not we cannot confirm, but it has certainly got Reds talking online. Berardi has already scored 44 Serie A goals in 104 appearances, even more impressive considering he starts on the right for Sassuolo. He’s got a sweet left foot, is an excellent finisher and can take a wicked free-kick, but lacks genuine pace. Here’s what Reds made of the rumour:

@SamMcGuire90 @Saki_LFC Looks like a goalscorer too, so ideal for Klopp. Last Italian to settle and do well in the PL though?

@Jay_78_ @Saki_LFC whatever a striker does in Italy, take off 50% when they move to them prem! Think it’s another expensive gamble imo

@Jasonlynch95 @Saki_LFC Berardi is excellent. Italians are just cursed. They can’t play in the PL

Would love Berardi at Liverpool. Sturridge, Berardi, Benteke and Origi works for me! If Benteke doesn’t want to be an impact player – Balo! 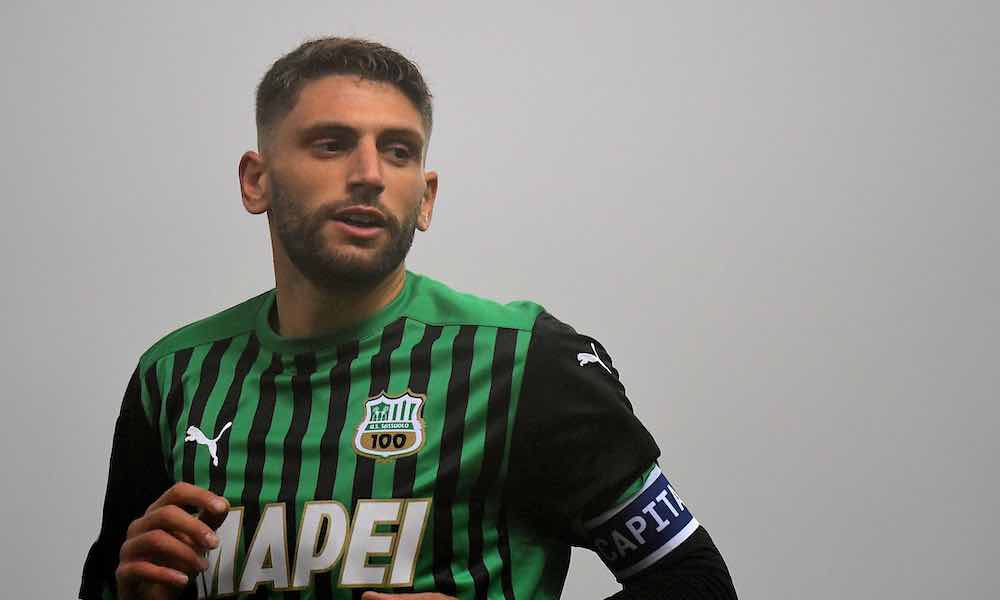 Serie A side slap price-tag on Liverpool-linked forward – report