For us, Lucas is a tremendously underrated central midfielder and feel it’s time he gets the mainstream credit his performances deserve.

When you don’t watch him play week in, week out – it’s easy to ignore his contributions – as he won’t feature on a Match of the Day highlight reel, and very rarely scores, assists or skins an opponent. (In fact, we don’t think he’s ever skinned an opponent!)

But in reality, he’s entirely crucial to our chances of success this season, and should be one of the first names on Jurgen Klopp’s team-sheet.

The Brazilian is Liverpool’s longest serving player, having arrived from Gremio in 2007 as an attacking midfielder. But soon he dropped into a deeper more controlling position, and this season – he’s showing once again the kind of performances that earned him our Player of the Year award in 2010/11.

Let’s break down his statistical contributions so far…

No player in Europe’s top five leagues has averaged more successful tackles per match than Lucas – which would make him a very good holding midfielder all on its own.

Lucas has averaged the sixth most completed passes per match in the Premier League this season. Importantly though, he’s completed more than any other holding midfielder. Daley Blind and Morgan Schneiderlin come close – but crucially – they’ve averaged 0.1 and 0.2 key passes per match respectively. Lucas, at 0.9, makes almost one per match. So perhaps he’s more creative than we give him credit for. 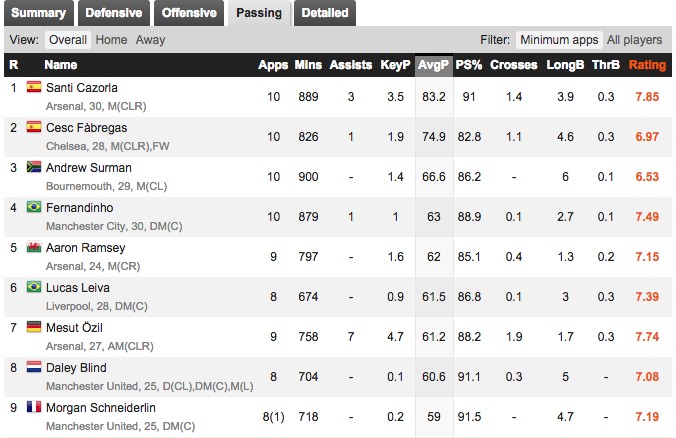 Lucas has won 1.8 aerial duels per match this season. Only five central midfielders have bettered that in the Premier League so far: Wanyama, Cameron, Dier and Kouyate.

Don’t read too much into the players we’ve selected here. We’ve picked four of the most highly regarded holding midfielders in Europe almost randomly, to list their numbers against Lucas’s to show he should be mentioned in the same breath. Our Brazilian matches them, and has actually played one less game than the others – meaning he’d look even better if Squawka worked on averages and not totals. For example, if he’d also played nine matches, Lucas would have the highest ‘successful passes’ as well as tackles won and blocks. No mean feat against Busquets, Matic and co… 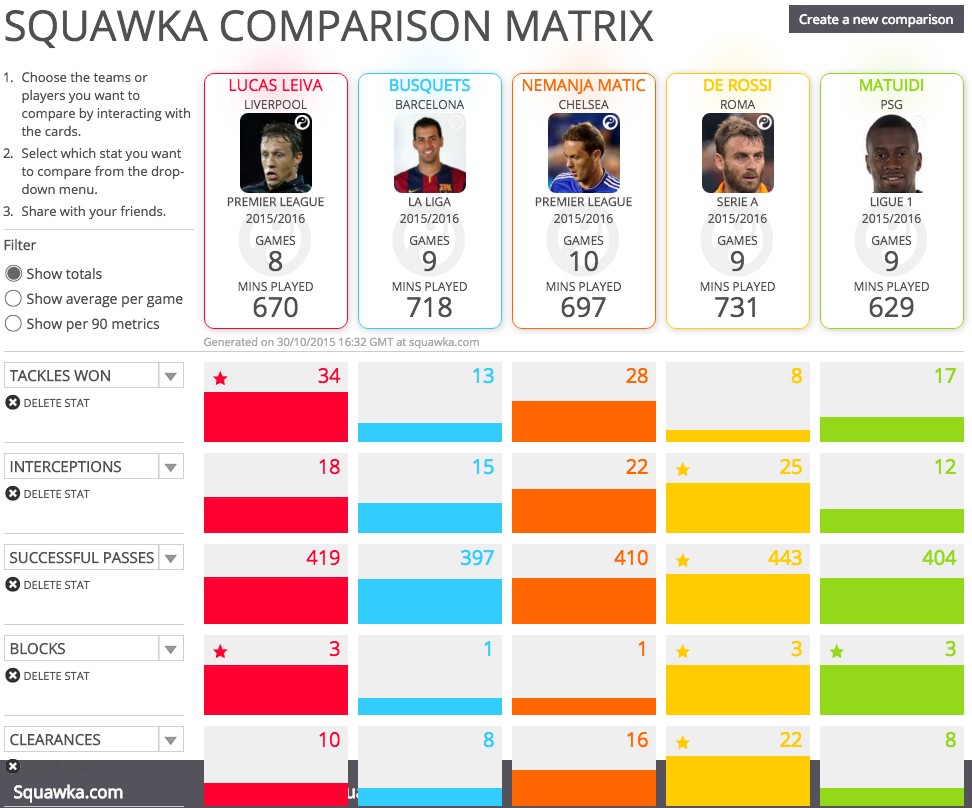 As an out and out holding midfielder, Lucas is simply invaluable and has been all too often overlooked. He’s composed, disciplined and provides a platform from which the rest of the side can perform. He helps Liverpool win back and retain possession, and his calm head should be totally valued around some of the lesser experienced players in the side.

Hopefully these statistics prove what an excellent and undervalued player Lucas really is.