Since the start of this season, in terms of centre-backs, only Manchester City’s multimillion summer signing Nicolas Otamendi has outperformed Liverpool’s Mamadou Sakho in Europe’s top five leagues.

That’s according to CIES Football Observatory, a Swiss research group which ranks players on a variety of performance characteristics. Sakho and his defensive counterparts have been judged on their defensive contribution, such as tackling, intercepting, headers won, successful passes etc, which fit into categories of ‘Rigour’, ‘Recovery’ and ‘Distribution’.

He’s ranked joint 2nd with Laurent Koscielny, ahead of Bayern duo David Alaba and Jerome Boateng. Obviously these rankings are based on stats alone so are not definitive, but they do at least reflect how impressive Sakho’s been in 2015/16.

The news breaks just as the footballing world outside of Liverpool is starting to recognise our French centre-back’s talents.

Time and time again lazy pundits describe how the 25-year-old is ‘uncomfortable on the ball’ or ‘awkward’, but it’s frankly nonsense. Sakho is a superb passer, and the fact he’s completed 91.3% of them this season (often forward ones), the 4th best in the Premier League, proves this (via WhoScored).

In fact, Sakho hasn’t lost a single game this season since winning his place back in the side, and we’re just glad Jurgen Klopp has recognised his obvious talent – unlike his predecessor Brendan Rodgers.

Long may Sakho continue his excellent form. He’s not put a foot wrong all campaign. 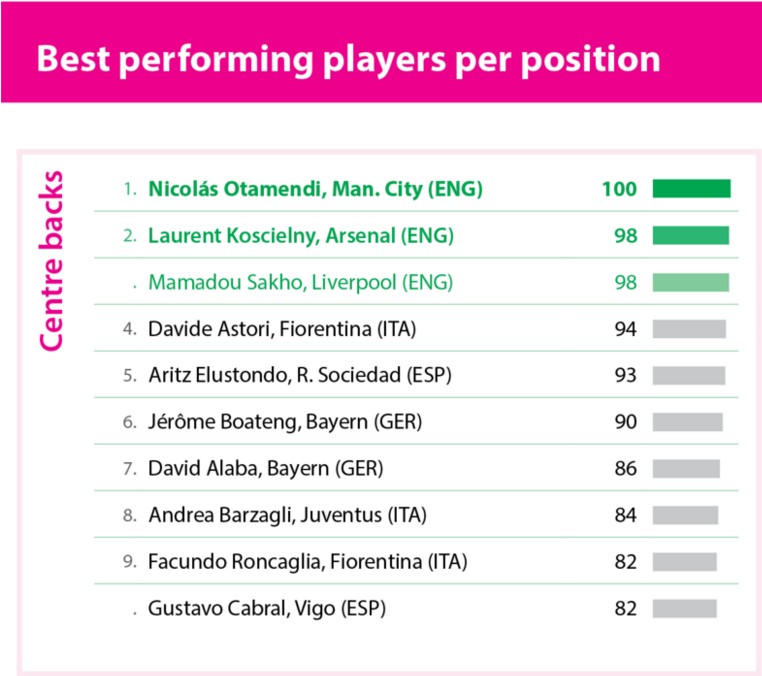