The Liverpool Echo has undertaken a poll in which readers have voted on the areas of our squad which need the most improvement.

Fans had the choice for each area of the field to decide if we needed a ‘Major rebuild’, ‘Minor adjustments’ or ‘Nothing at all’.

Interestingly, supporters were adamant that we most need out and out wingers, with 76% claiming we need a major rebuild for this position. We’ve only really got Jordon Ibe here, although Lazar Markovic is currently out on loan and could be a future option.

Fans are also mostly pleased with Simon Mignolet between the sticks, it seems, as they are with Nathaniel Clyne and Alberto Moreno at fullback. The position given the most credence to stay as it is was attacking midfield – no surprise considering Coutinho, Roberto Firmino and Adam Lallana all want to start in the no.10 role.

Perhaps surprisingly, only 25% of fans felt we need a major rebuild in central defence and central midfield. Are we really strong enough in these positions?

Check out the results below: 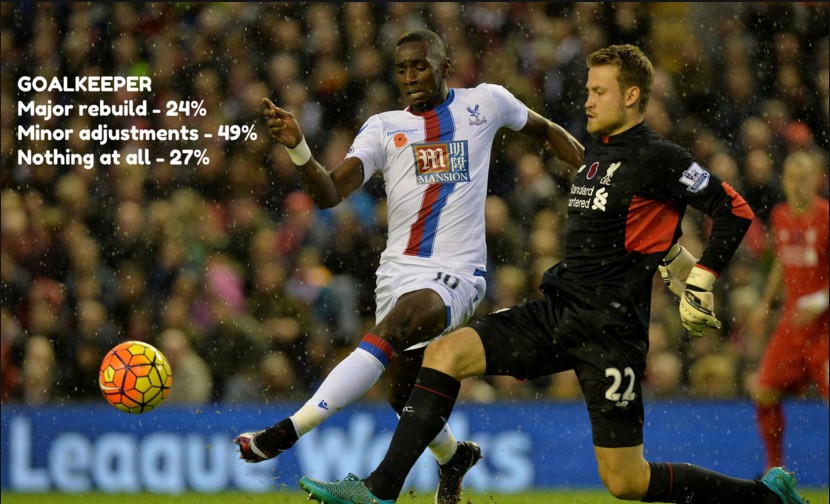 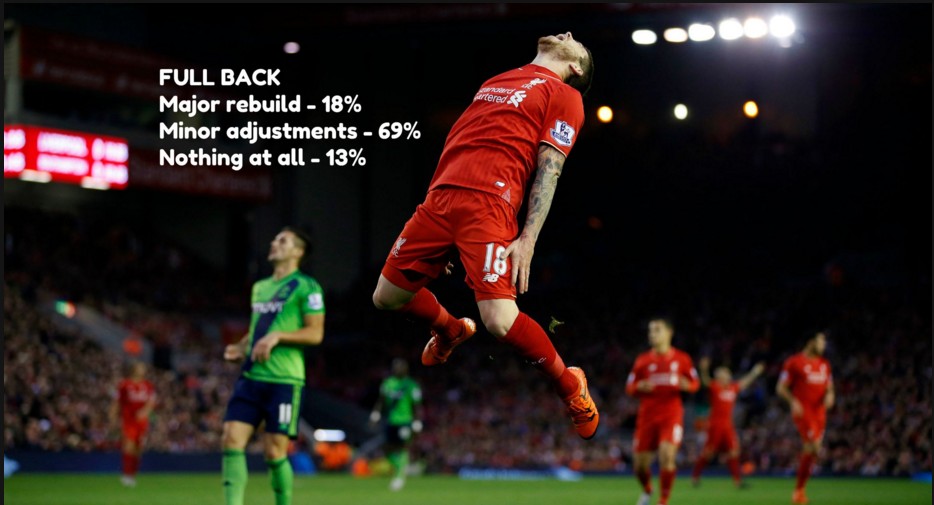 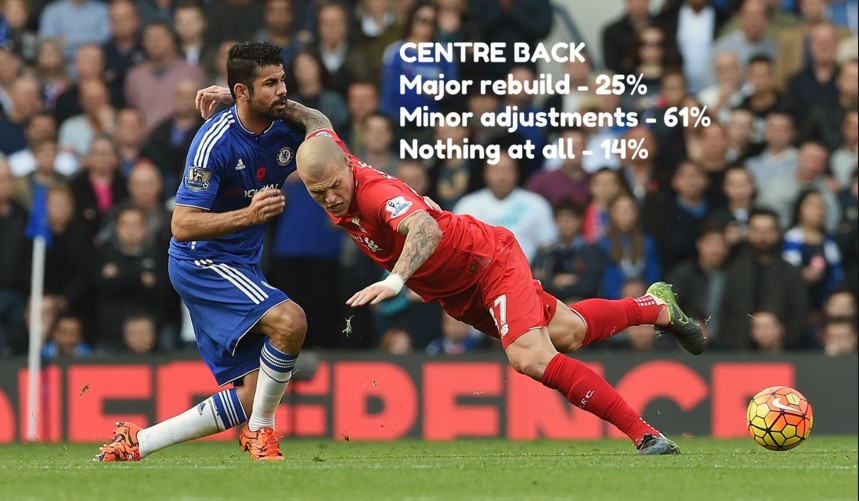 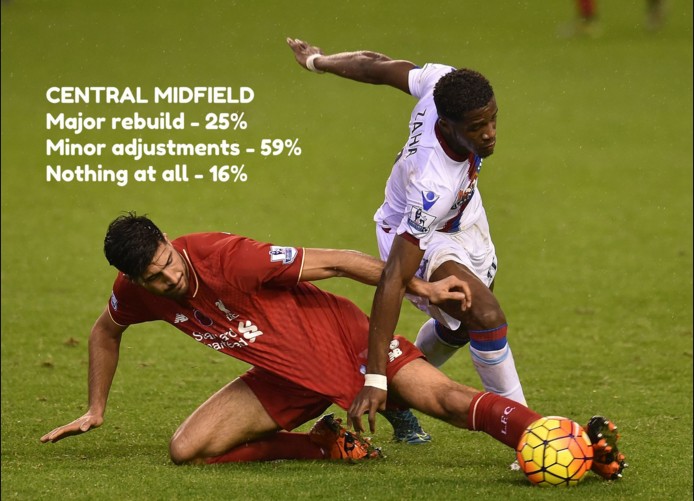 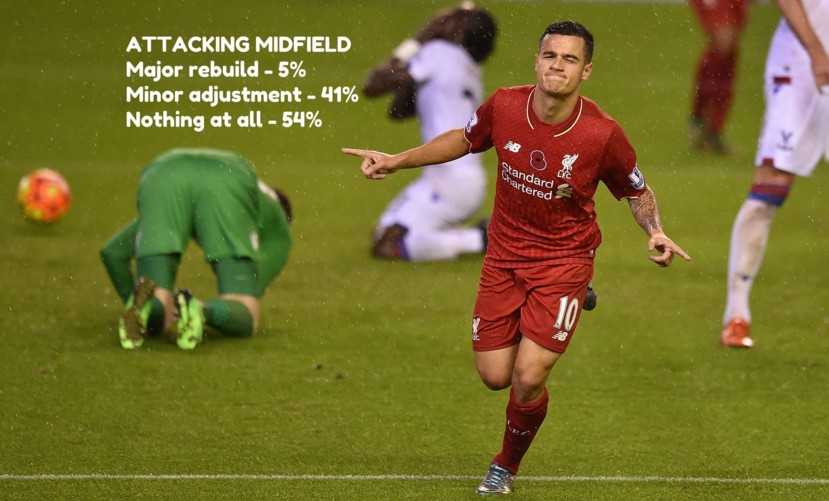 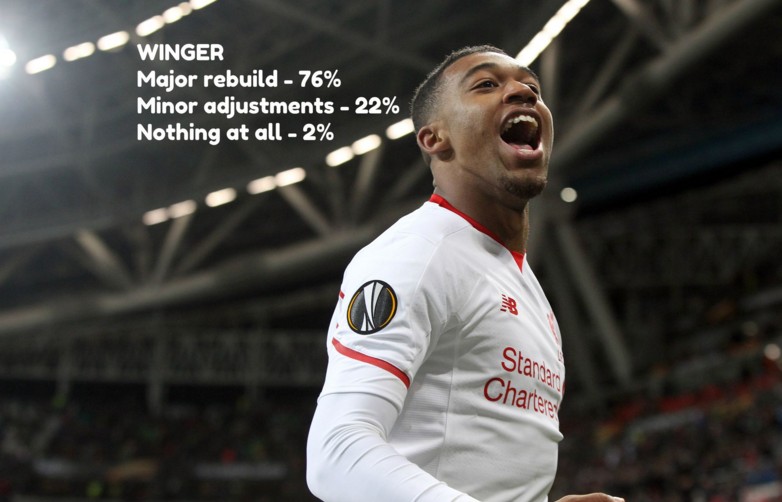 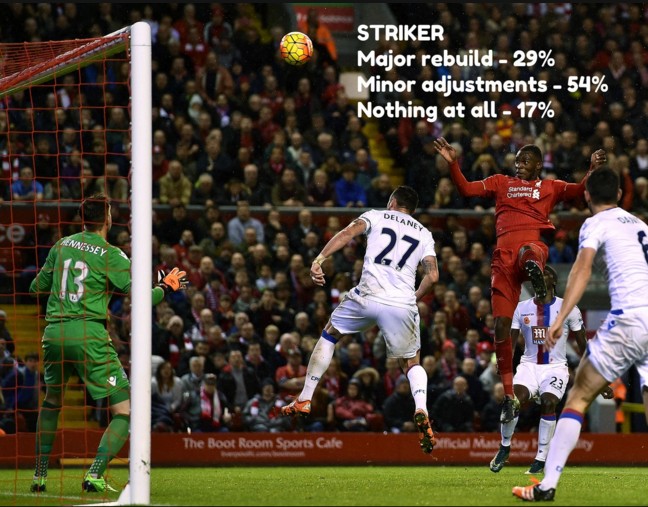