We’re not exactly sure what to make of this one…

But after doing a little digging, it appears that Brazilian striker Alex Pato may (emphasis on may) have hinted at a potential move to Liverpool.

The 26-year-old, currently on loan at Sao Paulo from Corinthians, uploaded a photo to his Instagram page thanking a company called Uber Board for a gift…

It turns out ‘Uber Board’ is based on Green Lane in Liverpool, with Pato writing that he’ll see Uber Board staff member ‘Michael’ soon!

Of course, Pato might just be close friends with Michael from Uber Board, which happens to be based in Liverpool – but you can understand our suspicions considering Corinthians president Roberto Andrade hinted at a move recently – before backtracking on his original comments via ESPN. 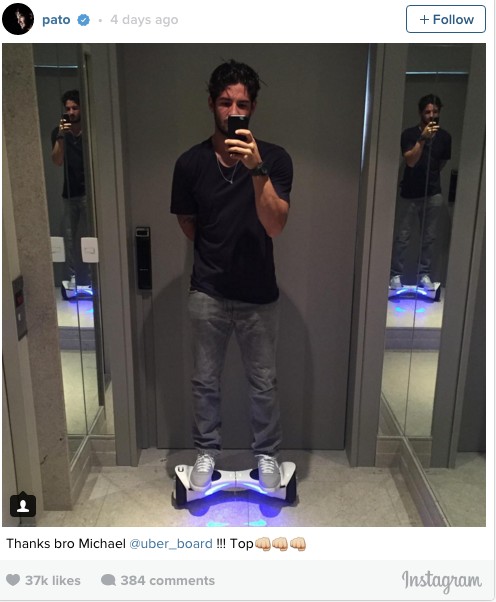 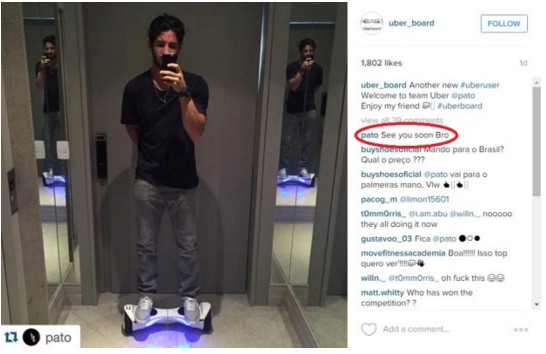 talkSPORT reckon Tottenham are also in the race, while the player himself said when asked if a European move was on the cards, ‘I hope soon’, the Echo reports.

Pato’s rapid and an excellent finisher, but has not maximised his potential yet. At age 26, this could be his final chance to prove himself as a player of true pedigree, and it’d be an exciting signing if we got it over the line.