The giant All-Black died of a heart attack on Tuesday night and tributes have been flooding in from all corners since the sad news broke.

Lomu was an enormous Liverpool fan, and met Steven Gerrard on BT’s Clare Balding show in 2013.

The man recognised as the greatest rugby player of all time told our former skipper how much of a fan he was, and that he’s been an avid follower since the Ian Rush days.

Hearing of Lomu’s passing, Gerrard left this touching message on his Instagram page: 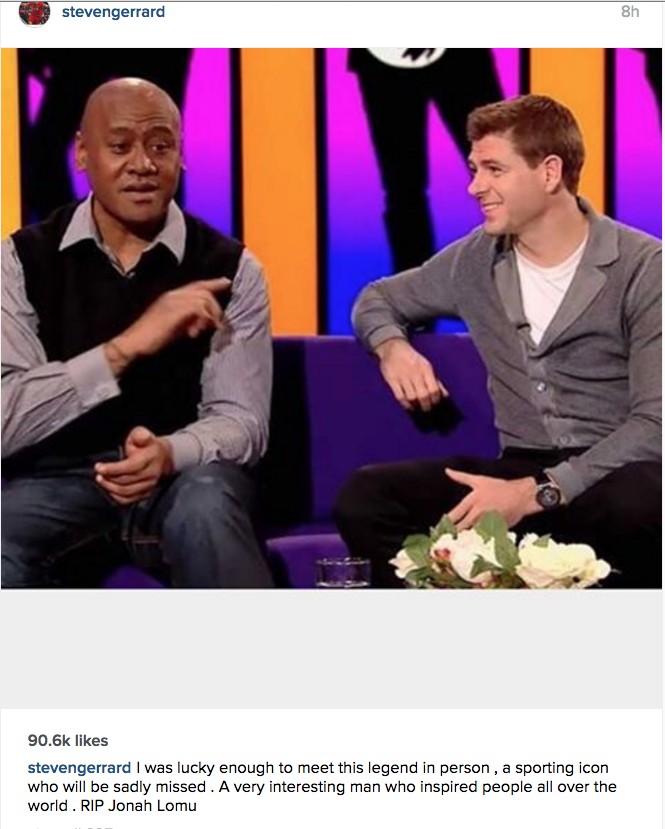 Watch the lovely moment the pair met below: