The Liverpool Echo has speculated on the values of each member of the first-team squad, which seems to us like a discussion for an international break in all honesty, but we found it interesting nonetheless.

Below, we’ve listed the players from cheapest to most expensive in terms of their Echo value, and stated the Empire of the Kop opinion as well!

Our thoughts: Seems fair – although if Toure moves anywhere – it’ll be on a free transfer.

Our thoughts: If he can get a run of games under his belt he can double that, but most Liverpool fans would be happy for him to leave for free.

Our thoughts: Fair, although possibly could be higher depending on how much value you put on a strong backup stopper.

Our thoughts: A 23-year-old England international should be worth way more than this, despite his injury. He’s due back soon, and we think he’ll boost his market value quickly.

Our thoughts: Based on his debut, he’ll never be Liverpool standard, sadly. Expect him to drop down the leagues. We’d take £2m, certainly.

Our thoughts: We wouldn’t sell the talented youngster if a £2m offer arrived, as it would be pointless having a youth system if we did, but he needs more first-team chances before anyone can judge. 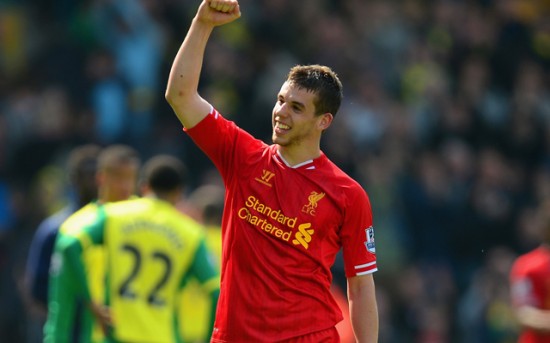