A footballer must get social media notifications every minute, but since news broke that Daniel Sturridge injured his hamstring against Newcastle, the 26-year-old’s phone must be vibrating by the second.

And judging by the reaction we’ve seen, it wouldn’t have all been ‘Get Well Soon’ messages.

However, the Englishman, who’s now been injured seven times in 18 months, promised his followers that he’d come back stronger. Sturridge is very religious, but it’s the caption he’s included himself which interests us most.

“I’ll never lose faith in God or belief in myself. Always light at the end of the tunnel. Have a good day people. I’ll be back before you know it…” 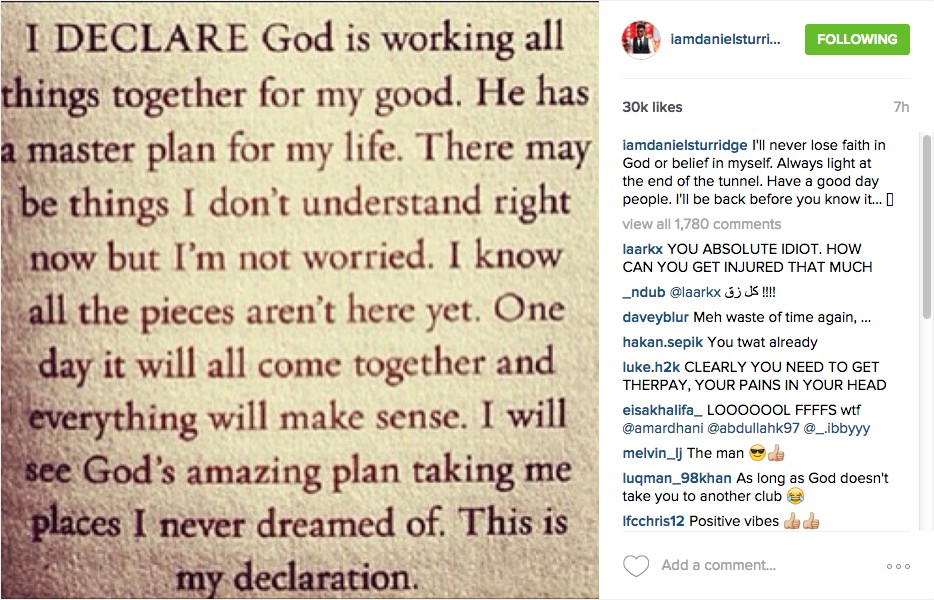