The Daily Mail‘s Dominic King has named his combined Liverpool and Manchester United XI, claiming that for the first time in Premier League history – it’s players from Anfield who now dominate.

He includes seven Merseysiders and only four from United in an oddly constructed XI.

King’s selected a sensible back five, bar the fact that Mamadou Sakho should be starting ahead of Martin Skrtel – but it’s still oddly only Liverpool fans who’ve realised that.

He’s then ignored Bastian Schweinsteiger, Ander Herrera, Morgan Schneiderlin, Jordan Henderson and James Milner in midfield in favour of Lucas and Emre Can.

Make of that what you will, but we reckon that a Henderson/Schweinsteiger spine looks a little classier right now – although younger German Can could develop into a player as good as the World Cup winner if he maximises his potential.

Then, King’s put Lindgard on the right. We don’t think he should even get in United’s team ahead of Juan Mata, and would prefer Jordon Ibe – so really don’t understand this one. Coutinho obviously walks in, but we think for what he’s currently offered – Anthony Martial is too highly rated. He’s scored six goals in total this season – only two more than Daniel Sturridge – who when fit, is easily the best forward in either squad.

What combined XI would you choose, Reds? 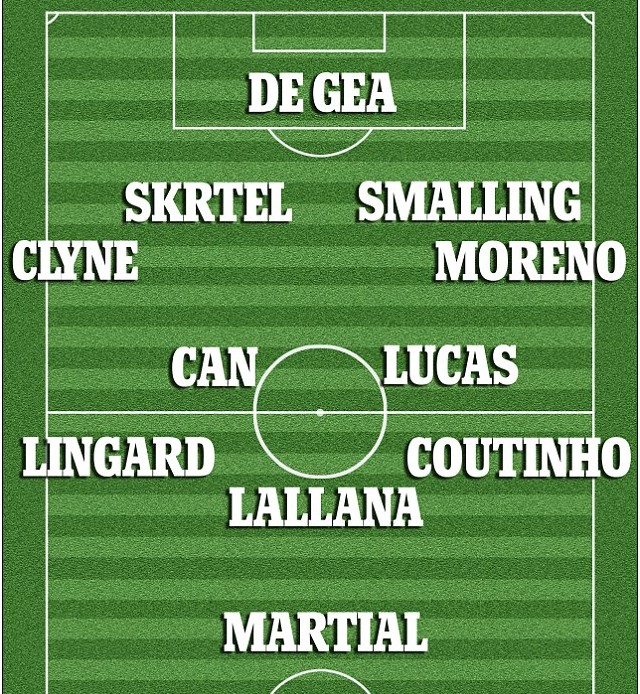