Craig Gardner didn’t receive a booking for the tackle on Dejan Lovren yesterday that is likely to keep our centre-half out for the foreseeable future.

He got the ball, but his follow through was high and dangerous, and the Croat left the field in agony.

SEE MORE:
(Video) Jon Flanagan whacks one in the top corner as defender nears return
Five Liverpool players who badly need to step up during the Christmas period

The news is devastating for Lovren, who’d finally started to prove his worth to the team, over a year after his £20m switch from Southampton. An injury to Mamadou Sakho saw him cement a spot next to Martin Skrtel, but just as the Frenchman is returning from his own problem, Lovren will make way for him in the side.

The Echo report that the 26-year-old won’t undergo a scan until a Tuesday, and in the meantime, it looks like he’s feeling a little sorry for himself. Lovren posted this snap to his Instagram followers today, featuring an unhappy emoji. (Can’t believe we just used that word.)

In terms of the player we really hope the news isn’t as bad as first feared, but are grateful that Sakho’s ready to start against Watford next weekend. 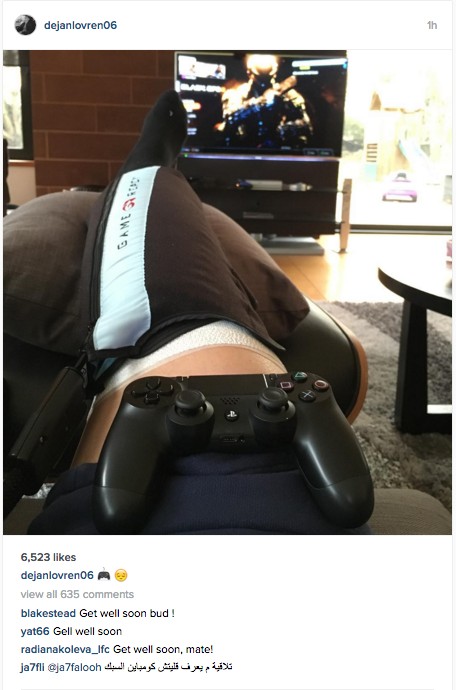