Origi’s late equaliser versus West Brom at the weekend takes the 20-year-old’s season tally to four goals following his League Cup hat-trick against Southampton in the quarterfinal.

The former Lille forward, who we signed in 2014 but spent last season on loan with the French club, began life on Merseyside slowly – but it seems he’s now finding his feet and will provide Jurgen Klopp a realistic forward option.

SEE MORE:
Daniel Sturridge posts more ‘inspiration’ on Instagram as he tries to return once again
(Video) James Milner calls up Joe Hart with his Xmas list and is more boring than ever!

And his captain’s been mightily impressed…

“I thought the second goal was brilliant from Divock, obviously it took a big deflection but I thought he had a big impact when he came on and got the equaliser for us,” Henderson told ESPN.

“He’s still very- young — you don’t realise how young he is sometimes — but in the last few weeks he’s been brilliant, getting his hat trick [at Southampton in the Capital One Cup] and then coming on against West Brom and having a big impact in the game, so I am delighted for him.”

Origi has all the attributes and talents to develop into a top Premier League striker. He’s rapid, can dribble and displayed at Southampton he can rifle a finish into the net as well.

At the moment, he occasionally holds onto the ball too long when he should pull the trigger, but that will come in time.

In fact, with Daniel Sturridge rarely available and Christian Benteke flattering to deceive, Origi has a chance to earn a more regular place in the side during the winter fixtures. 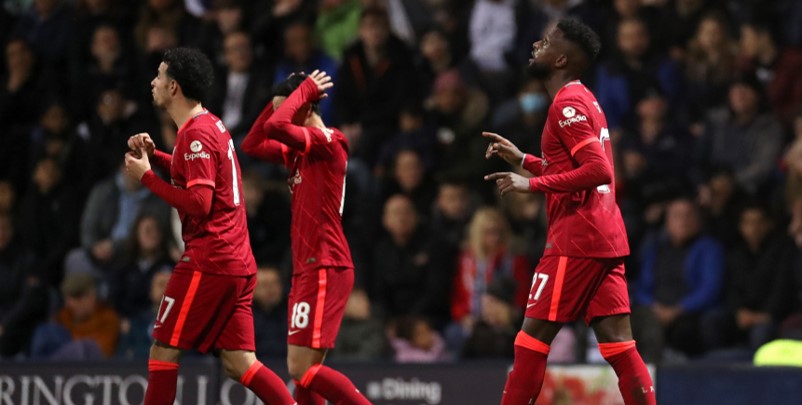