Liverpool were rarely excellent during the Europa League group stages, but topped their section ahead of Swiss outfit FC Sion.

So according to UEFA, only one of our players earned the right to make it into their ‘Team of the Group Stages’ – and that’s right-back Nathaniel Clyne.

Our summer signing played in five of the six fixtures, registering one assist. He was undefeated, as were his team-mates, and provided a combative, telling presence up that flank.

He’ll no doubt be one of the first names on the team-sheet come the Last 32 match v Augsburg. 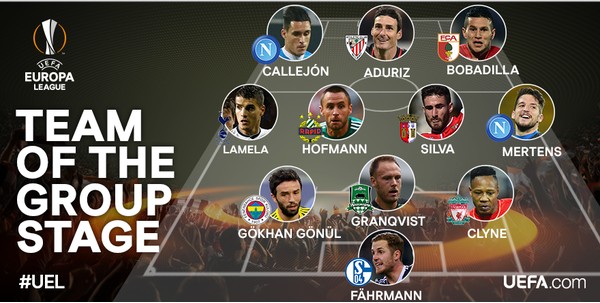 SEE MORE:
(Video) Xabi Alonso scored a goal of the season contender last night
Mamadou Sakho: “I give everything for the Scouse nation”