Shinji Kagawa has heaped praise on Jurgen Klopp and the German’s new club Liverpool, as countless of his former Borussia Dortmund players have done already this season.

It seems all of Klopp’s ex-players have huge admiration for their former manager, and it’d be more of a surprise if a player came out against our much-loved coach.

“I am interested in how much and how quickly Klopp, the manager that I know, can change the team at Liverpool,” Kagawa told Omnisport, cited in the Echo.

“He is a great coach and the results prove it, so I hope it will continue for him and I am interested in how much they can contend as a team this season.

“Already they have drastically changed and I have read articles that they won eight games in the last 10 games [seven in 11]. I do watch the games sometimes when I have time or when they broadcast on TV.”

“Every moment with him is a good memory for me rather than picking a particular one up. It is also good memory to win the titles with him,” Kagawa added.

“He trusted and featured me. I was not famous coming from the second division of the J.League, so I totally appreciate that. It is great memories with him.

“He helped me to build up the steps leading to Manchester United, the club that everyone all over the world knows, the club that I have known since a little kid, in only two years after I joined from Cerezo.”

Klopp brought Kagawa to Germany from the J-League, and quickly turned him into a European renowned playmaker. In two seasons, the Japanese won consecutive titles and earned a bumper move to Manchester United.

He was mismanaged by our bitter rivals, and Klopp once famously spoke about how they were wasting his talent.

“Shinji Kagawa is one of the best players in the world and he now plays 20 minutes at Manchester United – on the left wing,” he told the Telegraph in 2013.

“My heart breaks. Really, I have tears in my eyes. Central midfield is Shinji’s best role. He’s an offensive midfielder with one of the best noses for goal I ever saw.”

Kagawa’s now back in Germany and doing well in a central position for Dortmund, who signed him back off United in the summer. In 14 Bundesliga stars he’s contributed four goals and six assists.

His quotes will no doubt see transfer rumours arrive, but Liverpool already have Coutinho, Adam Lallana and Roberto Firmino – not to mention Joao Teixeira – who are all very similar to the Japanese. 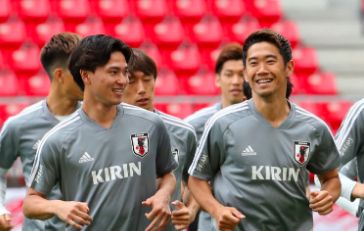